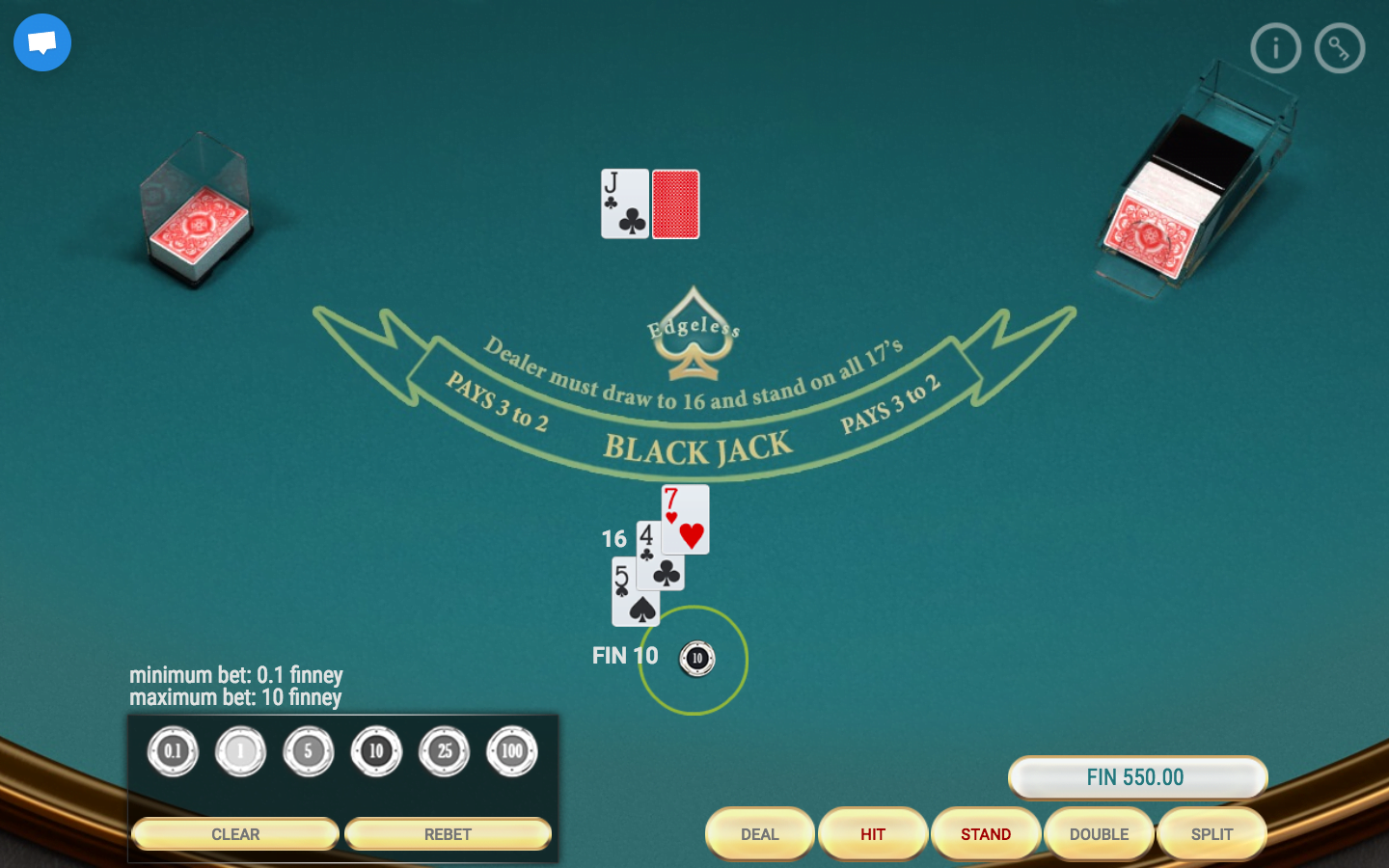 The time has come!

DISCLAIMER: Keep in mind that this is a beta version. The purpose of it is to showcase/ prototype blockchain solutions for Edgeless online gambling applications. It might contain errors or bugs or security issues. If you find some, please report them to support@edgeless.io

Main features which ARE NOT in the beta version, but will be added later on for full beta functionality

An updated development roadmap will be published after the ICO.

Right now betting (transaction) gas is paid by the player. Due to the increased ETH price, gas is relatively high. However the gas price will be significantly reduced in the full version of Black Jack.

In the current version of the casino metamask is always asking for confirmation before a bet and payout claim. It’s quite irritating. Also shuffling gif is open while metamask is communicating with Edgeless Casino which reduces the speed.

That’s why our final version will be able to use more available ETH wallets such as myetherwallet integration. Then the casino will function at the speed of light and deliver the best user experience.

Despite this our gambling dapp is still the FASTEST dapp among all ETH based gambling dapps and our competitors are a long way off when it comes to the speed of the casino.

How randomness is generated?

It’s using client’s seed (number) and casino’s seed (number). Both numbers are blended into a random number which determines a final outcome. Main idea is that even if casino change own seed or randomness generation formula — final outcome is still going to be unknown, because there is an input (seed) from a player.

After the game blockchain confirms whether there was no change/ interruption in that process and makes sure that everything is transparent.

It means client’s seed and casino’s seed matches last game results and there were no changes during a randomness generation process.

That means client’s seed and player’s seed does not match last game results and there was an external interruption during the process.

More info you can find on our whitepaper or blog post.

How to bet on Edgeless beta?