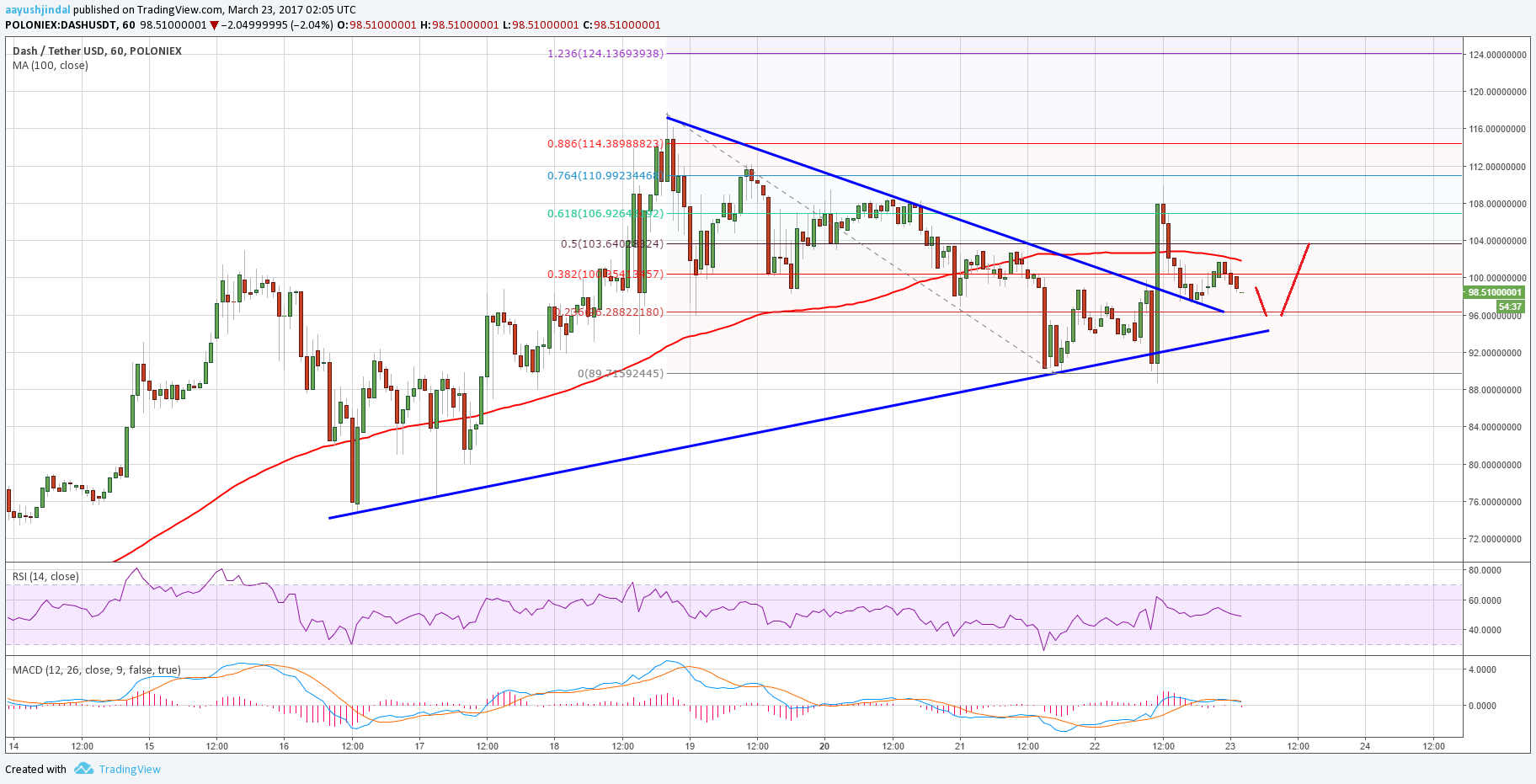 Dash price (DigitalCash) after a minor downside move found bids near $89 against the US Dollar, and now DASH/USD is attempting a push higher.

Yesterday, we discussed about a minor decline in Dash price towards $90 against the US Dollar. The price did move down, and traded towards the last swing low of $89 where found support. There was a kind of double bottom pattern formed near $89, which produced a bounce. The price moved above the 50% Fib retracement level of the last decline from the $117 high to $89.21 low. It also traded once above the 100 hourly simple moving average at $103.

However, the bulls failed to hold the momentum, and the price moved down below the 100 hourly SMA at $103. It was also rejected from the 61.8% Fib retracement level of the last decline from the $117 high to $89.21 low. During the upside move, the price broke a bearish trend line at $98, which is now acting as a support. Moreover, there is a connecting bullish trend line with support at $90 on the hourly chart (DASH/USD, data feed from Poloniex). The highlighted trend line support around $90 is important. As long as the price is above it or the last low of $89, there are chances of a dip and bounce in the near term.

Hourly MACD – The MACD for DASH/USD is backing from the bullish zone.

Hourly RSI – The RSI for DASH/USD is just below the 50 level.