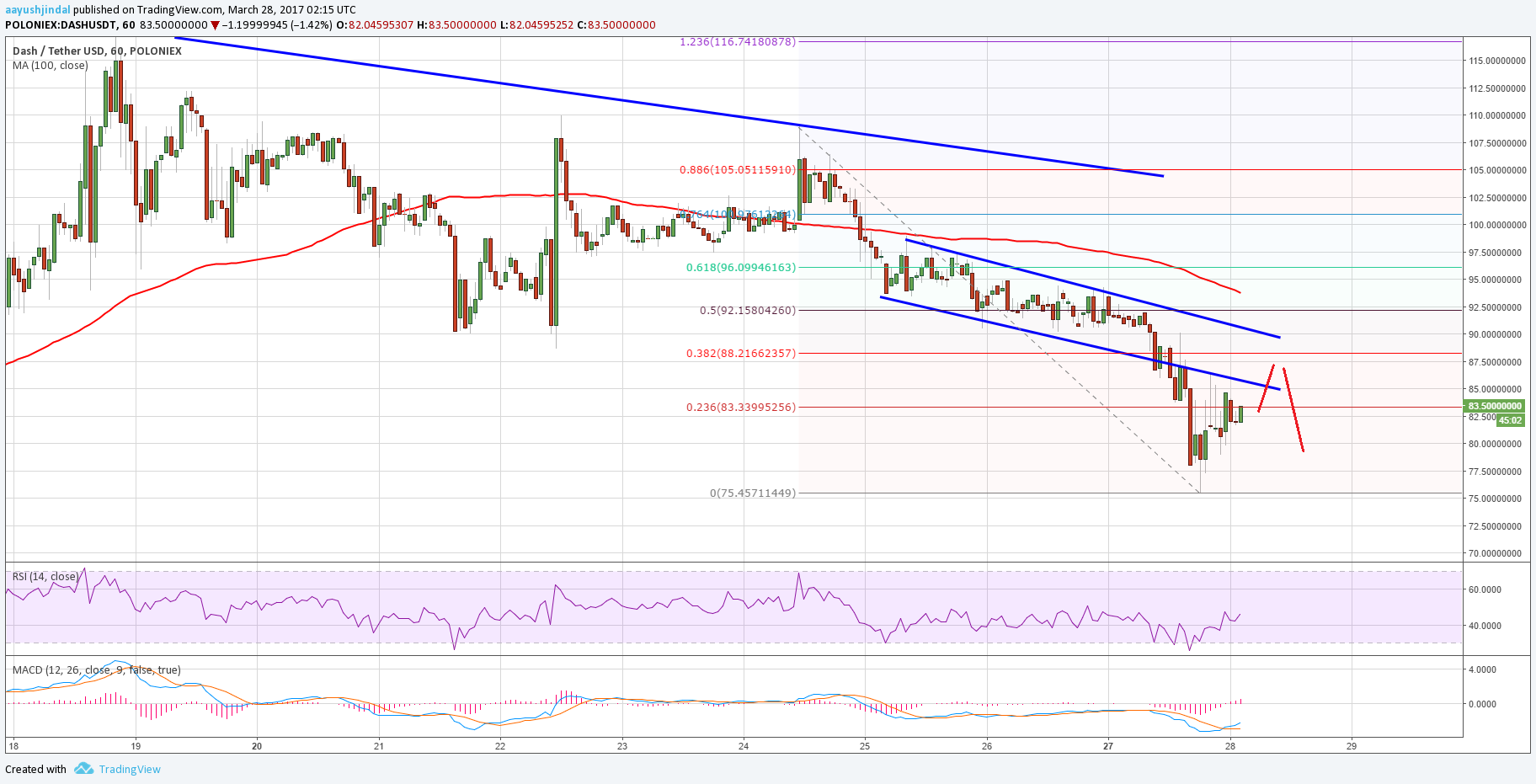 Dash price (DigitalCash) is under bearish pressure against the US Dollar, and it looks like DASH/USD might now extend declines towards $70.

It was a bad day for Dash price, as it moved down further below the $90 level against the US Dollar. The lower low pattern mentioned yesterday played well, and as a result, there was a move below $88. The price broke the last swing low to ignite more downside. There was even a break below the $80 level, and a new low was formed at $75.45 for the current week. The price is clearly under pressure, and current correction above $80 could face sellers in the near term.

The most important break was below yesterday’s highlighted descending channel pattern with support at $90 on the hourly chart of DASH/USD (data feed from Poloniex). It prompted a decline towards $80. Later, sellers gained momentum, and pushed the price below $80 for a move towards $75. The price is currently correcting from the $75 low. It already moved above the 23.6% Fib retracement level of the last decline from the $107.2 high to $75.45 low. However, there is no proper close above $85, as the price is struggling to clear the broken channel support. It is now acting as a resistance and preventing gains above $88. Overall, the price might struggle to move above $90, and might move down again.

Hourly MACD – The MACD for DASH/USD is slightly in the bullish zone, but struggling.

Hourly RSI – The RSI for DASH/USD is well below the 50 level.