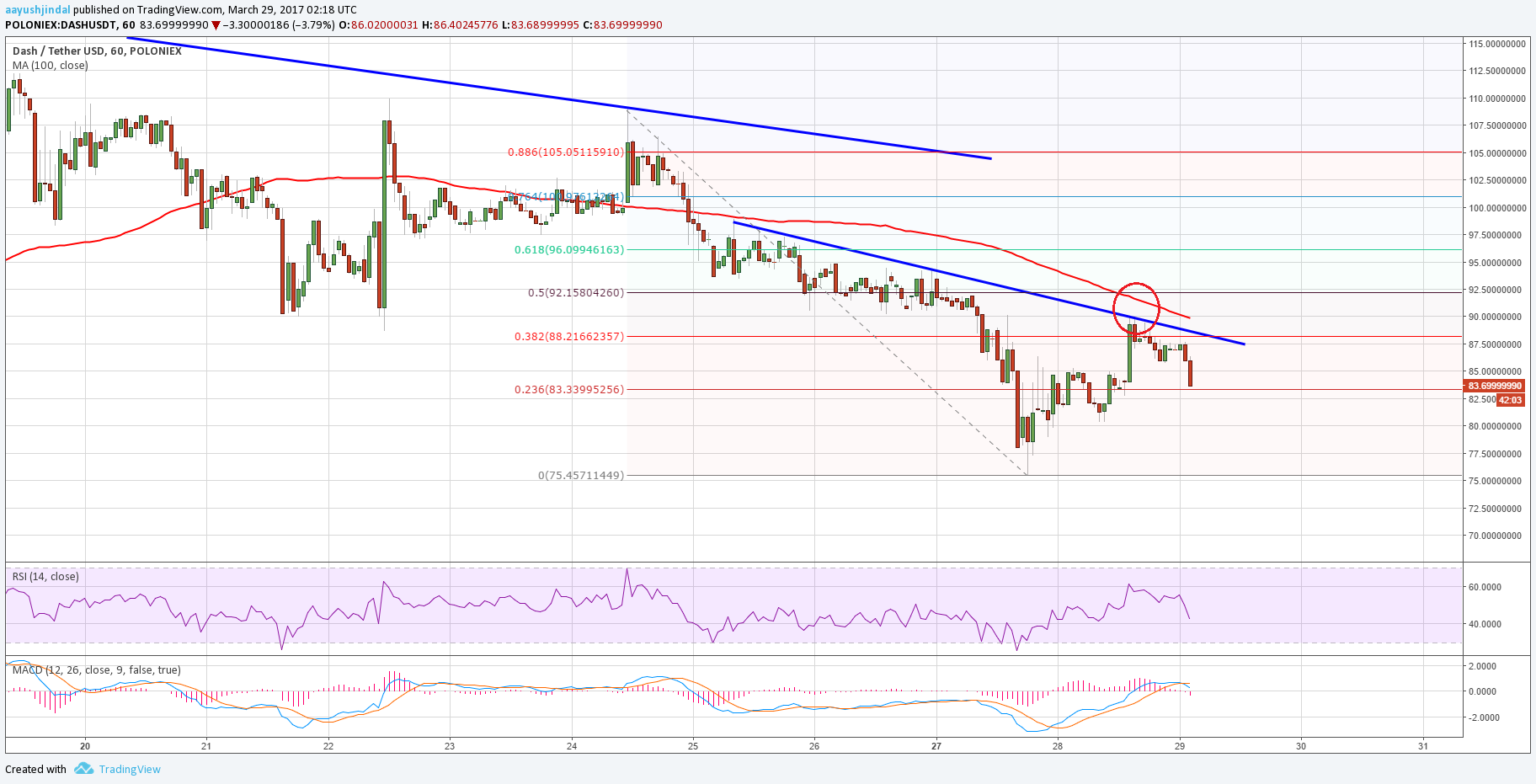 Dash price (DigitalCash) remains under pressure against the US Dollar, as the DASH/USD pair failed to break a major resistance near $90.

There was a minor recovery initiated in Dash price towards the $88 and $90 levels against the US Dollar. However, the price failed to break the $90 level, as it is a major hurdle. I mentioned in yesterday’s post that the price faces a major hurdle near $90, and it won’t be easy for buyers to break. The price did attempt a recovery, but failed near $88 and $90. There was also a failure near the 38.2% Fib retracement level of the last decline from the $107.2 high to $75.45 low.

However, the most important hurdle was near yesterday’s highlighted resistance trend line at $90 on the hourly chart of DASH/USD (data feed from Poloniex). The 100 hourly simple moving average is also positioned at $90, which is adding to the bearish bias. The price is once again moving lower, and there are chances of it retesting $80. If the current trend remains intact, the price might even trade near $75. On the upside, the trend line resistance is now at $87 along with the 100 hourly SMA at $89. Sellers should keep an eye on the highlighted resistance near $87 if looking to sell.

Hourly MACD – The MACD for DASH/USD is now back in the bearish zone.

Hourly RSI – The RSI for DASH/USD is moving down, and remains below the 50 level.