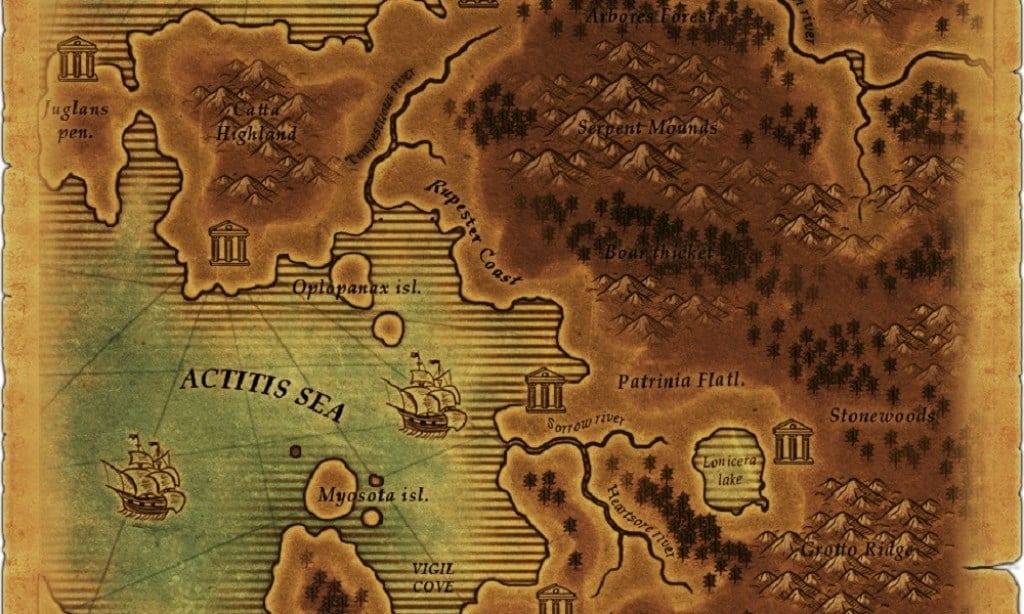 The demo version of much awaited game ‘War OF Magi’ by MetaGold Indie Game Studio is now up on Google Play Store. The Moscow-based indie game studio launched the demo version as a part of its aim to develop and launch one of its kind MMO game, after a successful crowdsale.

War of Magi is a cross-platform, turn-based multiplayer adventure card game; it is capable of supporting large numbers of players in the game’s virtual setting. The game, according to MetaGold Indie Game Studios, offers an invigorating opportunity for players to swamp themselves into a virtual world and crypto-ecosystem that spans across multiple titles. The platform’s unique ecosystem gives players the liberty to buy and trade the in-game currency and items in both virtual settings and online exchanges.

Concept Of War Of Magi and MetaGold MMO

The story follows an aspiring young magician in his quest to understand the secret behind the hidden knowledge of magic. Players will become the master of war magic and explore dozens of spells whilst improving their magical skills and accomplishment. The gameplay comprises enchanting graphics and visual elements. Being one of its kind Massive Multiplayer Online (MMO) game, “War of Magi” offers the final stretch goal of the MEG crowdsale generating  an ultimate junction of in-game and real-world economies – all by using a cryptocurrency. The MMO supports a player-driven economy using MEG cryptotokens on Ethereum blockchain. Players on the game will be amused by the ability to earn as well as spend the cryptocurrency both within and outside the game.

War of Magi, an imitation to real world adventure

Imagine a miner within the game, mining all kinds of metals and selling them for real cryptotokens. A blacksmith buying the metal by paying MEG will then be using it to craft a sword. Once crafted, the blacksmith can either sell the sword within the game or withdraw from the game and put it up for an online auction. The highest bidder in the auction gets the sword upon paying the bidding amount in MEG. The blacksmith, receiving the MEG from the auction can use the tokens to buy himself new set tools. An adventurer, who bought the sword, takes it on a quest chosen  from a board in the village (written by a NPC or an actual person) that may include exploring ancient ruins for rare ingredients, or to free a particular area from the monster subjugation.

The in-game economy works a lot like real-world economics, where even the virtual land and house rights can be bought and sold using MEG both within and outside the game.The game allows users to have villages, keeps and player factions, conduct wars against each other and more, all while using MEG as a currency which also holds value outside the game environment. The MEG tokens can also be enacted in other games, irrespective of whether MetaGold Studios develop them or not.

The MetaGold MMO with a player-driven MEG economy will become a reality once MetaGold reaches the crowdsale’s final goal.

The indie game development studio has announced the upcoming crowdsale. During the month-long crowdsale, MetaGold aims to raise anywhere between $250,000 and $6 million which will be used for further development of the game features and to strengthen its game economy. The successful crowdsale will also mean the launch of a first of its kind cryptocurrency based MMO with a player-driven economy. The price per MEG token during the crowdsale is set at 0.0011 BTC (or its equivalent in ETH), along with early bird bonus slabs that will realize upon completion of the crowdsale.

The MEG cryptocurrency is powered by Ethereum blockchain’s ERC20 tokens which form the backbone of MetaGold gaming universe that includes the games like War of Magi, Project X and other future game titles. In addition to being part of the in-game economy, MEG can also be traded on various exchanges. The proof of ownership of in-game purchases like custom skins, characters, booster packs, weapons, etc. is stored on Ethereum blockchain, making it possible for players to trade, sell or keep them locked in the blockchain as a true collector.All transfers are safely and effecienty stored on Ethereum, and it is very easy to use for transactions. All MEG token related activities are free from third-party intervention and can be easily verified on the blockchain. The first 1 million MEG tokens carry a 20% bonus, which will reduce to 10% for the next 1.2 million MEGs. It will be followed by the third bonus slab of 5%, applicable for the next 1.4 million MEGs. The final tranche of 2.01 million MEGs won’t carry any bonus.If MetaGold does not reach the minimum target of $250,000 USD, all BTCs and ETHs collected during the fundraising period will be refunded.

Are you ready to test yourself in the ancient art of magic and spells? As an aspiring young magician, you will learn and master the elements of Fire and Ice. You will understand the secret behind the hidden knowledge of magic. Your rise to the secret knowledge will mark the beginning of the great path of vengeance and war. Become a master of war magic. Explore dozens of spells, improve your magical skills and knowledge. Become the greatest and most formidable magician in all of the game world! Exciting story campaign of 50 missions. Multiplayer mode with the League system. Enchanting graphics and stunning visual effects. Discover how far your magic can bring you!