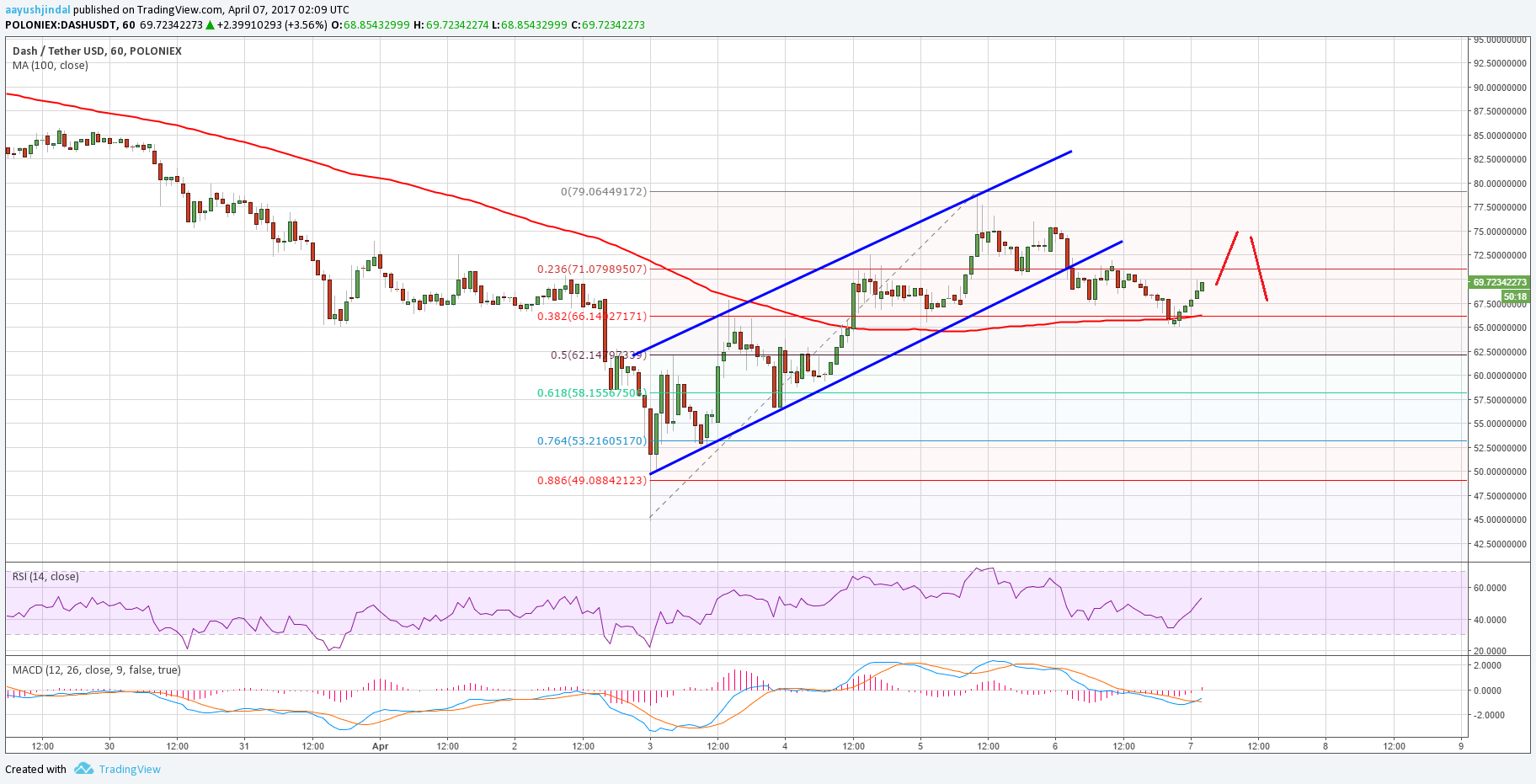 Dash price (DigitalCash) failed to move above $80, moved down, and now DASH/USD is attempting a bounce back in the short term.

Yesterday, we saw how Dash price moved higher above $66 against the US Dollar. It was later seen attempting a move towards the $80 level, but it failed. After trading as high as $79.06, the price faced resistance, and moved down. It first broke the 23.6% Fib retracement level of the last wave from the $44.85 low to $79.06 high. It called for sellers to gain momentum.

As a result, there was a break below a major support of $72. Most importantly, there was a break below yesterday’s highlighted ascending channel with support at $71 on the hourly chart of DASH/USD. The price traded towards $65, where it found support. Actually, the 38.2% Fib retracement level of the last wave from the $44.85 low to $79.06 high provided support. Moreover, the 100 hourly simple moving average at $66.14 acted as a barrier for sellers. The price is now moving back higher, but we cannot discard a break below $70-72. The same area may now act as a resistance and prevent a move above $75. At the same time, the 100 hourly SMA at $66-65 holds a lot of importance in terms of support.

Hourly MACD – The MACD for DASH/USD is currently struggling to move back in the bullish zone.

Hourly RSI – The RSI for DASH/USD is bouncing, but still below the 50 level.