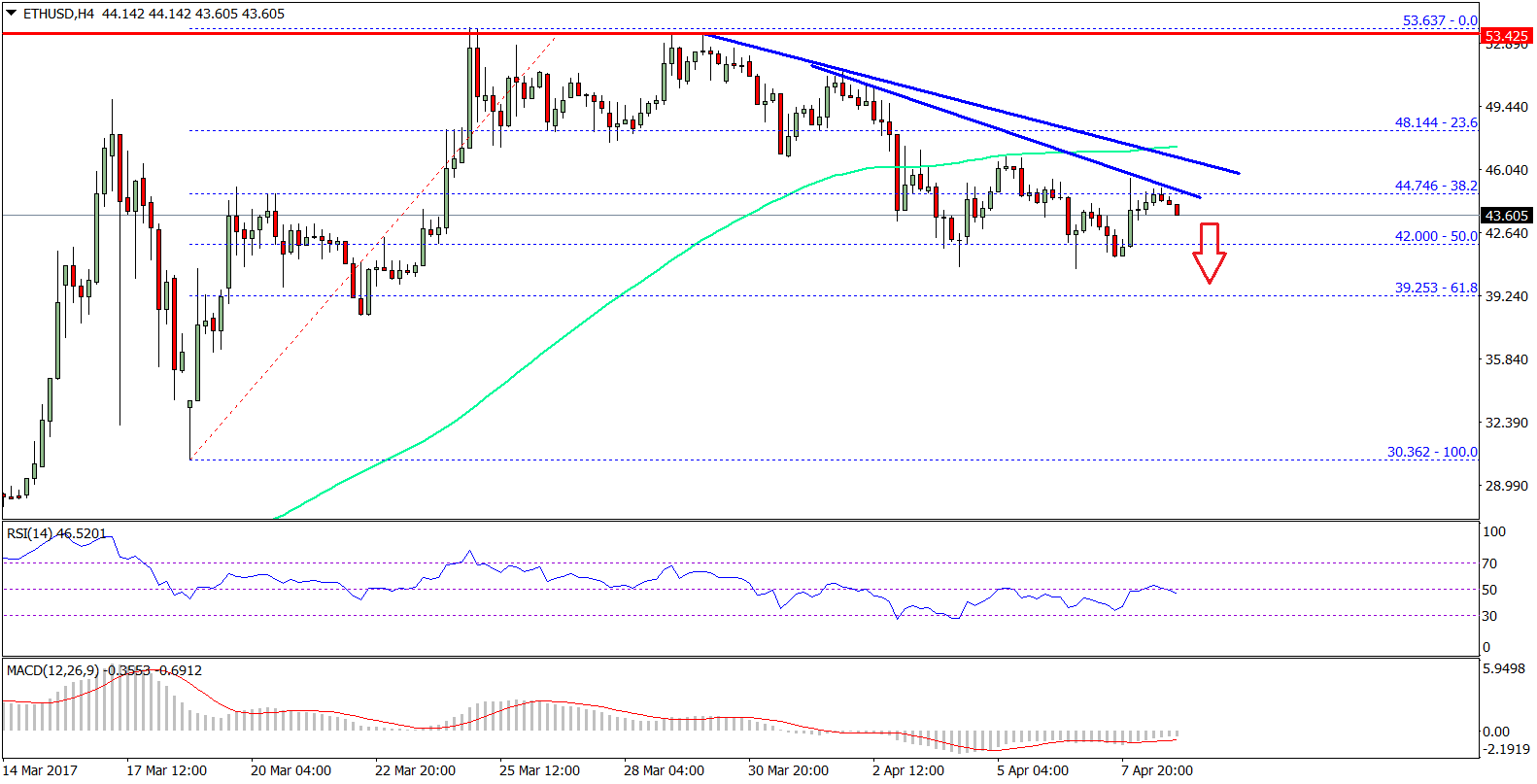 Ethereum price is pushing lower after failing to break the $50.50 area against the US dollar, and ETH/USD may slide further in the short term.

This past week, ETH price managed to pop higher towards the $50.50-60 resistance against the US Dollar. However, it failed to gain momentum, and started a downside move below $50. Similarly, there was no major momentum against the Bitcoin and the price traded below 0.045BTC. It looks like the momentum is slightly lower, and ETH/USD might trade towards $42 in the near term.

The price action suggests there can be continuous decline as long as the price is below $45. The price has already broken the 23.6% Fib retracement level of the last wave from the $30.36 low to $53.67 high. So, there can be declines below $44.60. On the upside, the price is facing a major bearish trend line formed with resistance at $44.60 on the 4-hours chart of ETH/USD pair. Actually, there are two bearish trend lines around the $44.50 area. The most important point is the fact that the 100-hourly simple moving average is also at $47.29. On the downside, the 50% Fib retracement level of the last wave from the $30.36 low to $53.67 high is also failing to hold losses. So, if it continues to fail, there can even be a decline below $40 going forward.

4-hours MACD – The MACD is currently attempting to move back in the bullish zone.