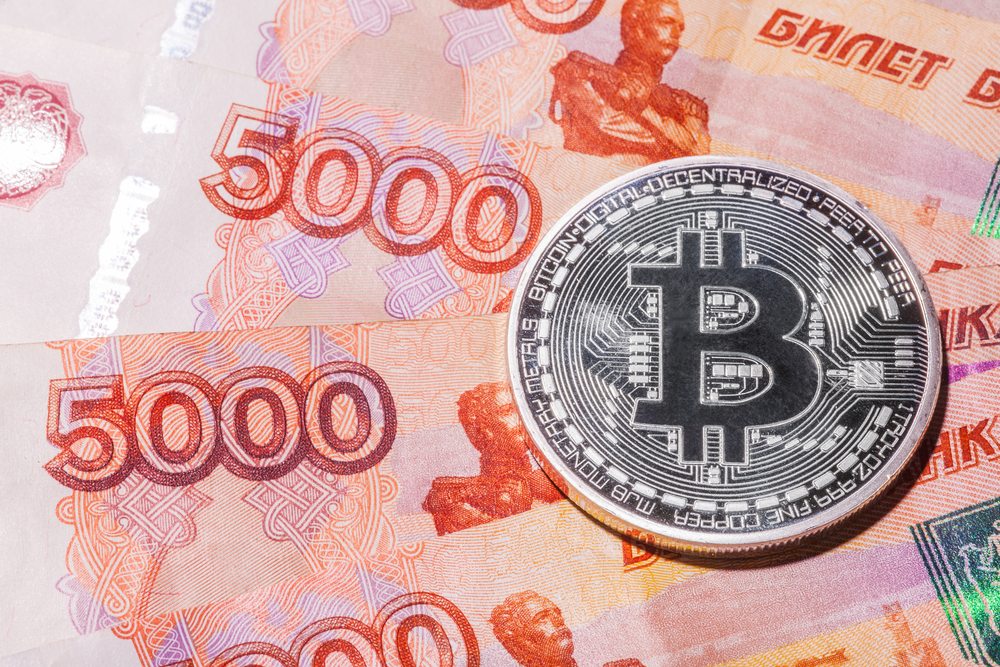 Russia is a country has never seen eye-to-eye with bitcoin up until now. Several legal proposals have been drafted which could have lead to jail time. Thankfully, it appears regulators have come to their senses, as bitcoin users in Russia no longer need to fear jail time. In fact, the country may turn bitcoin into a legitimate financial instrument as early as next year.

This U-turn by Russian legislators has quite a lot of people stunned in disbelief. Just a year ago, it seemed using cryptocurrency in the country would lead to jail time. While that is still a distinct possibility right now, things are going to change very soon. The Russian Finance Ministry wants to accept bitcoin as a way to fight money laundering. An interesting stance, as most countries feel bitcoin facilitates money laundering, even though there is no evidence.

If all things go according to plan, bitcoin will become a legal instrument in Russia as soon as 2018. Government officials want to combat illegal money transfer. As a result, the Russian central bank and government are working together on getting this new legislation approved as soon as possible. A positive stance towards digital currencies can benefit the country, that much is evident.

Russia Looks Differently At Bitcoin All of a Sudden

One thing bitcoin provides is absolute transparency regarding transaction participants. To be more specific, transactions can be seen by the public in real-time. Through the banking or other financial systems, there is little to no transparency. This effectively facilitates money laundering, costing the Russian government millions every year. Bitcoin transfers show which address is the sender and the recipient. It is anything but an anonymous payment method.

Do not be mistaken in thinking Russia will effectively regulate bitcoin, though. Despite what governments may think, it is impossible to regulate cryptocurrency in any way or shape. Legalizing bitcoin will force companies dealing with cryptocurrency to conduct additional AML checks. A similar scenario is playing out in China right now, with exchanges introducing additional verification requirements.

Russia has been battling money laundering for quite some time now. Hundreds of lenders lost their banking license in the past few years. Legalizing bitcoin is a direct result of investors looking for alternative solutions. Additionally, it will also help give bitcoin a better publish image moving forward. After all, once bitcoin is a legal currency, activity will be monitored even further. That is not necessarily a bad thing as long as people use it for legal purposes. Anyone conducting illegal activity with cryptocurrency will have to find other solutions, though.

For the time being, the first deadline to mark on the calendar is mid-2017. Around that time, legislators will decide if digital currencies are an asset in Russia. This will be an important day in the history of bitcoin, that much is certain. After Japan legalizing bitcoin, it appears other countries are scrambling to do the same. An interesting development, yet it shows how mature bitcoin has become over the past few years.