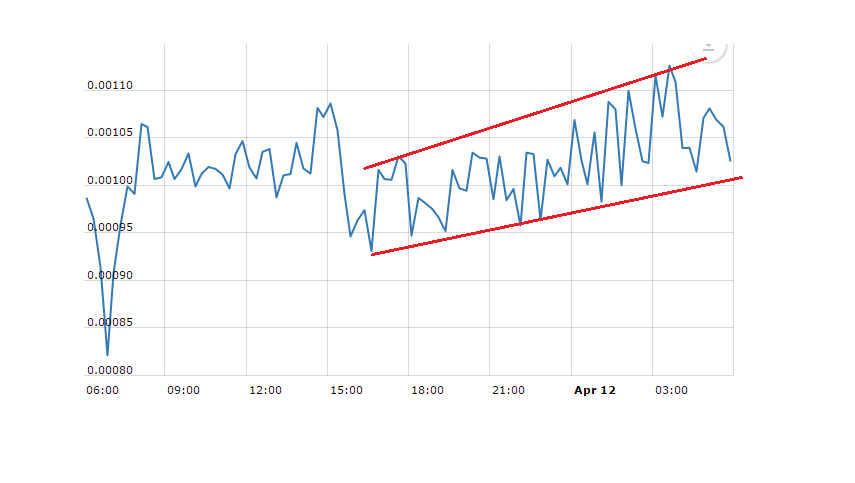 Creditbit price remained in an uptrend with support at 0.0010BTC against the Bitcoin, and now CRBIT/BTC is heading towards a consolidation.

There was a dip recently in Creditbit price against the Bitcoin towards 0.00095BTC where it found support. Later, the price moved higher, and traded above the 50% Fib retracement level of the last decline from the 0.00108BTC to 0.00095BTC. It prompted more gains, and pushed the price towards the last swing high of 0.00108BTC. Later, there was a break above the mentioned high, and the price moved above 0.0010BTC. The triangle support also coincides with the 61.8% Fib retracement level of the last wave from the 0.00095BTC low to 0.0012BTC high. So, if the price dip towards 0.0010BTC, it may find support. There is a high probability that the price may soon test the 0.0010BTC support and move higher. On the upside, the most important resistance is near 0.0010BTC. In the short term, we may continue to see ranging moves.

Hourly RSI – The RSI for the CRBIT/BTC pair is heading towards the 50 level.