Bitcoin Price Watch; Quick Turnaround Ahead Of The Low Volume 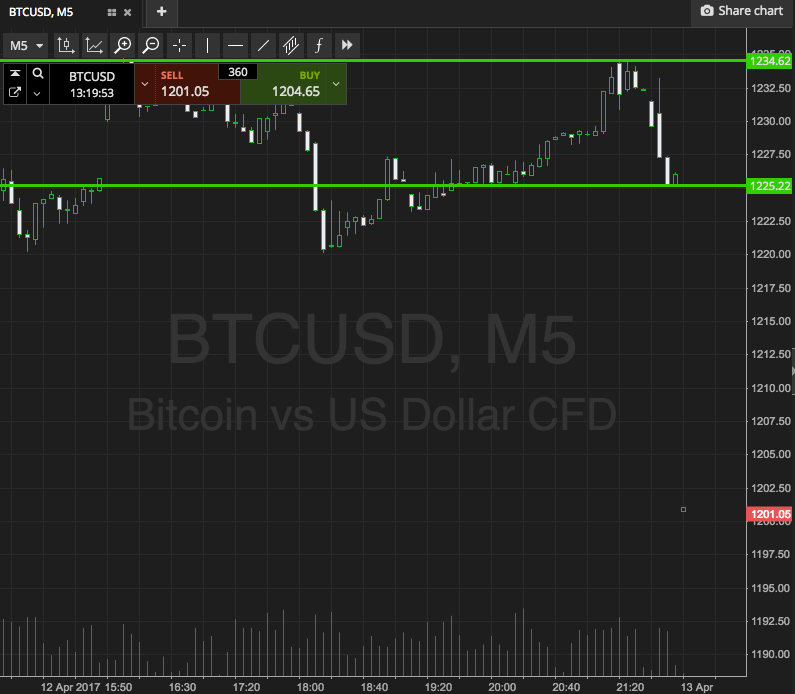 Let’s get going for the Thursday session out of Europe. Before we get into the detail, there’s a good chance that we’re going to see a lull in volume over the next few days. It’s the Easter break in Europe and the US, and the majority of the traditional financial asset markets shut down midday today (or at least, afternoon EST) and then don’t reopen until Monday, or in some cases, Tuesday. Action isn’t going to be hugely affected (at least, that is, not in comparison to some of the more established assets) but we will probably see a couple of things – first, lots of sideways action, and second, when we do get a breakout, we expect it to be very spikey. Quick, low margin, in and out trades are the order of the day for the next few sessions, and that’s what we’re going to go for.

So, that out of the way, let’s try and get some of our key levels outlined for the European afternoon, and see if we can get things off to a good start for the day. As ever, take a quick look at the chart below to get an idea what’s on, and of what happened throughout the early morning session in Europe to bring us to current levels. It’s a five-minute chart (our favorite) and it’s got our key range overlaid in green. As the chart shows, the range we’re going at this afternoon is defined by support to the downside at 1225, and resistance to the upside at 1234. We’re going to look at getting into a long trade if price closes above resistance, with an immediate upside target of 1245. Conversely, if we see price close below support, we’re going to get in short on a bearish trade towards 1210.

Tags: bitcoinBitcoin chartbitcoin pricetrade bitcoin
TweetShare
BitStarz Player Lands $2,459,124 Record Win! Could you be next big winner? Win up to $1,000,000 in One Spin at CryptoSlots