Bitcoin Games Distribute Prizes worth 154.32 BTC in a Week 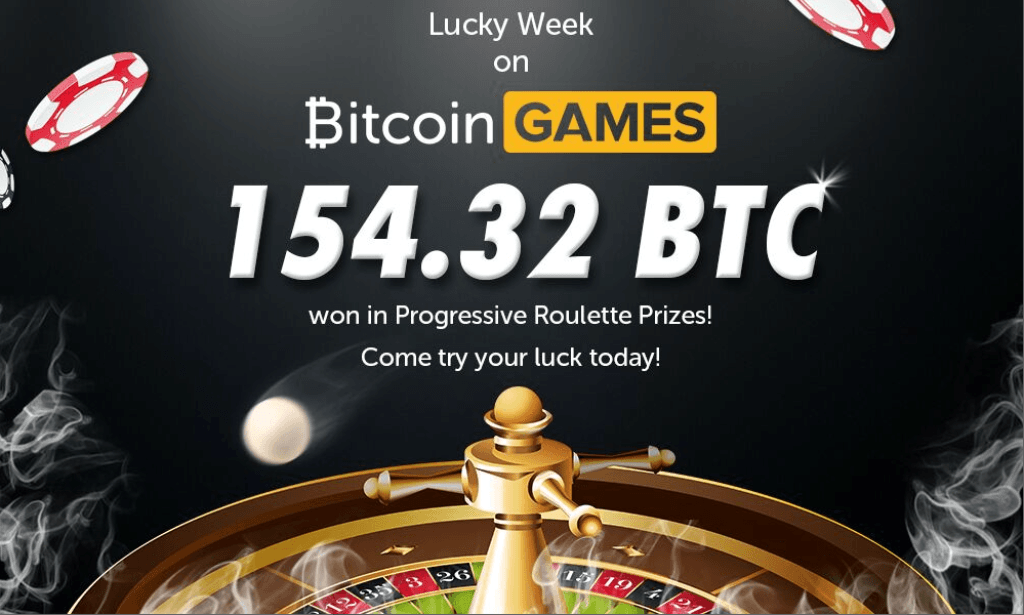 Bitcoin Games, a digital currency-based casino platform, has claimed that it haspaid out a total of 154.32 BTC worth of prizes in a single week.

The winnings, according to the platform, has been distributed among 11 players as the outcomes of their Progressive Roulette bets. It is considered to be one of the largest sums ever given by a Bitcoin casino, thereby proving the growing popularity of digital currency bettings on the whole.

Bitcoin Games further confirmed that it has already paid out jackpots totaling over 1,000 BTC In a duration of past 6 months. It has plans to distribute more such bonuses for the new players. By having a very small house edge and a wide variety of game titles, with the absence of any compulsory registration process for players, Bitcoin Games has gathered a stockpile in a very short span.

Players can embrace enormous titles, where Slots, Blackjack, Video Poker, Dice, Roulette, Keno, Slots, and Craps are most revered in casino. Through a simple sign-up and registration process, Bitcoin Games allows its players to enjoy the game offerings with incredible ease and total anonymity. And with players enjoying an expected return of 99%, the odds of winning at any of the provably fair game on the casino platform are remarkably high.

In order to win the biggest jackpots, which in the form of Progressive Prizes, players must utilize the ‘Play 1 credit’ button which will qualify them for the Progressive Roulette wins. Bitcoin Games have simplified the general processes. Players experience a quick and amusing gambling. Jackpot winners can also withdraw their entire balance at any time if they desire to do so, something that most of casinos refuse to allow.

For a rapid process, Bitcoin Game’s Players can deposit Bitcoin without customary network confirmation, despite of which the platform proves to be secured.The platform has integrated with ShapeShift to allow the use of other cryptocurrencies on the platform, thereby providing corresponding quality online gaming service to the altcoin community as well with Ether and Dash.

In addition to offering password protection, players are also offered the choice of using either Authy or Google Authenticator for two-factor authentication. They can set a fixed withdrawal address to ensure funds can only be withdrawn to a single address. A Highly receptive  24*7 customer support team is arranged to troubleshoot any issues or questions players might come across at any time.

A player who is inviting a friend to join same platform is rendered to earn up to 25 percent of the house edge through an attractive referral program. All payouts are instantaneous, and players can withdraw their winnings into their wallet at any time. The company has focused on accumulating the platform in the interest of stimulating the processes built around the participation of the games. Alongside, with the option of mobile gaming, Bitcoin Games is easily accessible for everyone with a smartphone in their hands.

The increasing large progressive prizes, minimal house advantage, and lack of registration requirements has brought Bitcoin Games into the mainstream of platform’s user base and crypto-community presence, making one of the leading and most popular Bitcoin betting platforms around.