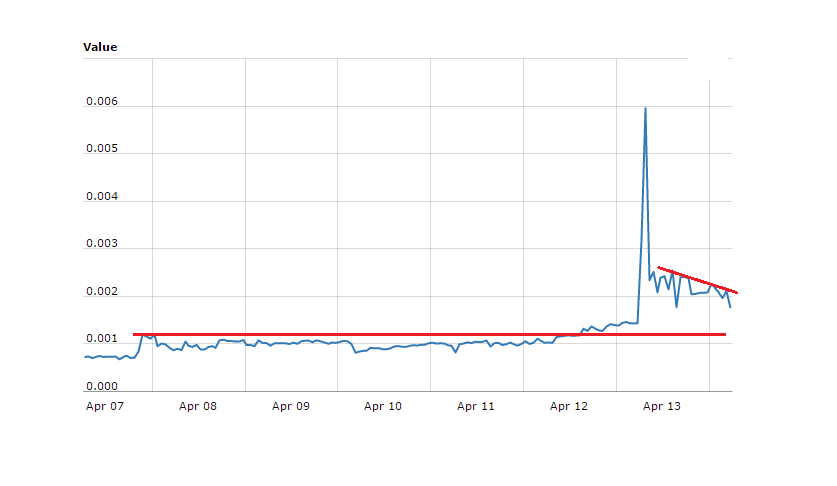 Creditbit price after a nasty spike towards 0.006BTC against the Bitcoin found sellers, and now CRBIT/BTC is approaching a major support.

This week was interesting for Creditbit price, as there were good moves against the Bitcoin and US Dollar. Yesterday, the price rocketed towards 0.006BTC where it found sellers. It later started a downside move, and traded below the 0.005BTC level. The downside move was such that the price moved down below the 50% Fib retracement level of the last wave from the 0.0011BTC low to 0.006BTC high.

It started a downside move, and the price also traded below the 0.003BTC support area. However, the price is now approaching a major support below 0.002BTC. There is a horizontal support formed at 0.001BTC on the 7-day chart of CRBIT/BTC (data feed from Worldcoinindex). It is a major pivot zone, and could prevent further declines below 0.001BTC in the near term. Hourly MACD – The MACD for the CRBIT/BTC pair is moving into the bearish zone.

Hourly RSI – The RSI for the CRBIT/BTC pair is now well below the 50 level.