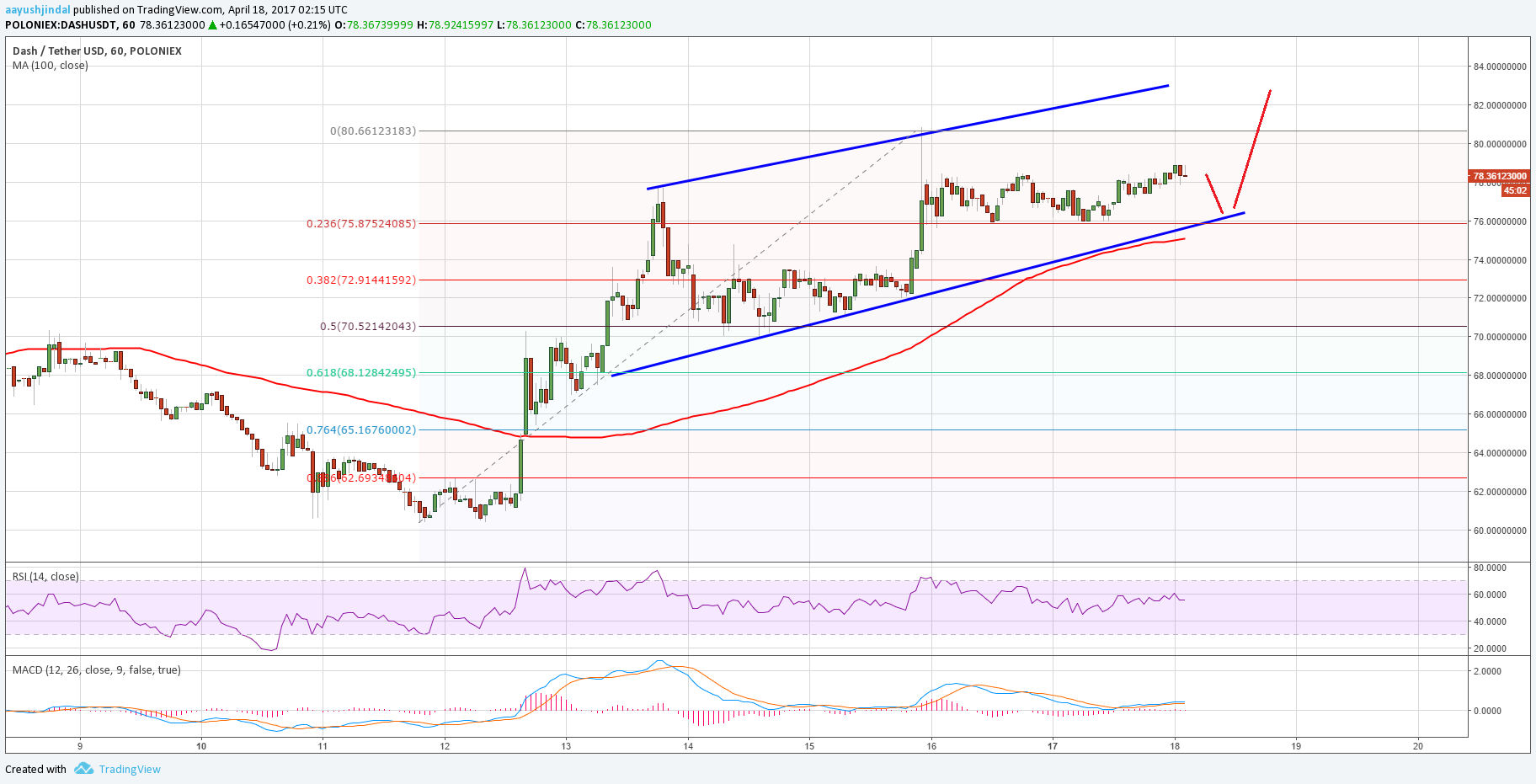 Dash price (DigitalCash) has managed to gain traction against the US Dollar, and now DASH/USD is well-supported above the $70 level.

There was a continuous decline in Dash price, as it traded towards $60 against the US Dollar before finding support. The price traded as low as $60.20 where it found support and started recovering. The upside move was decent, as the price was able to clear the $70 resistance. There was also a move above the 1.236 extension of the last decline from the $71 high to $60.20 low. It opened the doors for more gains, and the price moved above $72 and $75.

The upside move was such that the price traded as high as $80.66 where it faced resistance and moved down. It traded towards the 23.6% Fib retracement level of the last wave from the $60.20 low to $80.66 high where it found support. There is also a nice ascending channel pattern with support at $76 formed on the hourly chart of DASH/USD. It is acting as a support along with the 100 hourly simple moving average at $75. So, as long as the price remains inside the highlighted channel with support above $72, there can be more gains. On the upside, the $80 level remains a major resistance for more gains in the near term.

Hourly MACD – The MACD for DASH/USD is currently in the bullish zone.