The French Presidential Election Could Affect The Markets 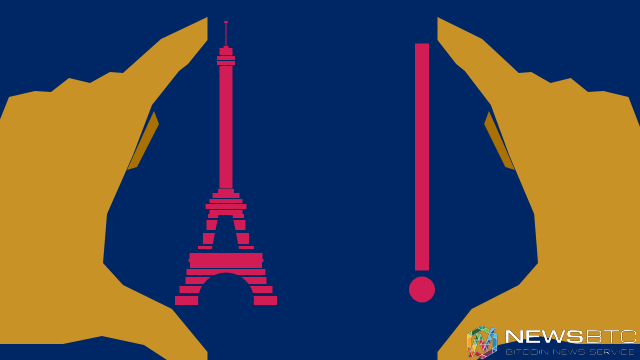 The first round of the French Presidential election is coming up, and there’s some political unease here. Now, one police officer was killed in Champs Elysees, and French Presidential candidate Marine Le Pen called for French terror suspects to be expelled after the attack. Not only that, but another candidate, Emmanuel Macron cancelled two rallies, stating that he did not want to use police resources due to the terror risk that’s on the table. Additionally, Francois Fillon also cancelled campaign trips on Friday. That in mind, there’s growing uncertainty in the election, and it could affect some exchange-traded funds. The polls indicate there candidates are pretty much neck and neck. Even though one candidate may seem to be leading now, it does not necessarily mean they’re going to win the Presidential election. In the first round, all the candidates shown above face off, and the top two candidates move forward to the second round. However, if one candidate gains 50% of the vote during the first round (which has yet to happen), they would ultimately win the race.

According to trader Jason Bond, “It seems as if pollers are learning from the recent political events, most notably the U.S. President election. When there is a high degree of uncertainty in the markets, polls should the leading candidates to have, more or less, the same probability of winning. Here, we see Le Pen, Macron, Fillon and Melenchon all within striking distance of each other.”

This election could weigh heavily on the markets, and it could add some volatility to the euro and the European equities markets. That said, this would trickle down into some Europe-related exchange-traded funds (ETFs), such as the iShares MSCI Eurozone ETF (BATS: EZU) and the ProShares UltraShort Euro (NYSEARCA: EUO).

With the French Presidential election just days away, the euro could see some volatility, as stated earlier. Now, the ProShares UltraShort Euro is an inverse leveraged ETF that aims to provide exposure to the U.S. Dollar price of the euro. Specifically, the ETF aims to achieve a return that corresponds to the inverse of two times the daily performance of the U.S. Dollar price of the euro. This ETF is highly risky and should not be held for periods longer than one day. However, it could provide opportunities ahead of some highly volatile events that could impact the euro, for highly risk tolerant traders.

According to some analysts, EURUSD could fall below parity in the worst case. There’s growing risk in France leaving the eurozone, and consequently, EUO could provide some opportunities the day after the results are released, according to one trader.

The European stock market could see heightened volatility as well. The iShares MSCI Eurozone ETF aims to track the investment results of the MSCI EMU Index, the fund’s underlying index. The ETF’s underlying index is primarily comprised of mid- and large cap stocks from developed countries using the euro as their official currency.