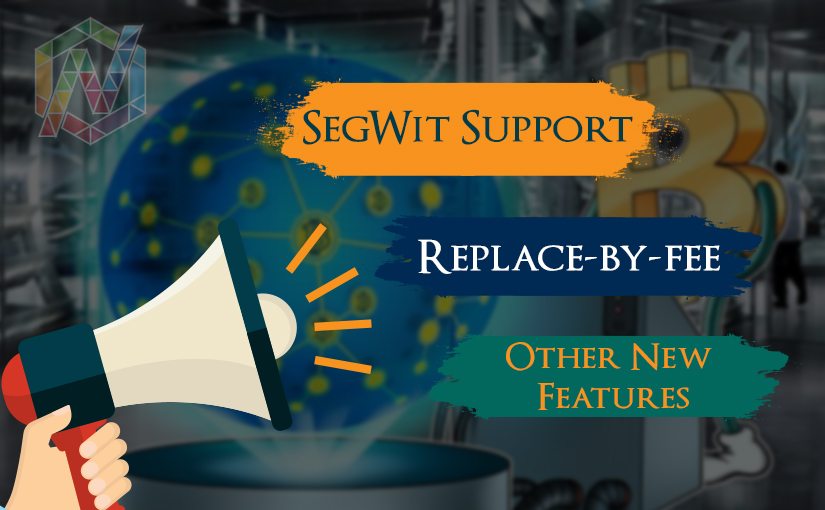 There are many Bitcoin wallet solutions available to users. One of those projects goes by the name of Armory. In the latest update, this wallet now supports Segregated Witness and replace-by-fee. The developers also introduced a lot of other features and optimizations. For now, there is no OSX build of the new Armory wallet, although that will be resolved soon.

It is always good to see major Bitcoin wallets receive a big update. For the Armory wallet, that update was somewhat overdue. The new version introduces a lot of new features and now supports SegWit. To be more precise, SegWit support is disabled on the main net for now. It is expected that situation will change once SegWit reaches its activation threshold. That is, assuming that will ever happen in the first place.

Additionally, Armory now supports replace-by-fee. This is of great value to users who have to deal with stuck Bitcoin transactions. Being able to resend the transfer with a higher fee can be a lifesaver at times. The best solution would be to make sure there is no network congestion in the first place. Until that happens, RBF is a more than a viable solution. Having to pay higher fees is not fun by any means, but an unfortunate necessity sometimes.

Speaking of transaction fees, Armory now supports dynamic transaction fees as well. Users can now set their own confirmation targets and pay the associated fee. It is also possible to create a fix transaction fee for all future Bitcoin transfers. Having more customization options is never a bad thing. By default, the wallet uses an automatic fee per byte option, though.

The Wallet Project Is Not Dead Yet

Mac OS users will have to wait until they can enjoy these new features. There is no build available for OS X right now. This is due to build system issues, although the team hopes to have a version ready soon. Additionally, builds for the Raspberry Pi will be released over the next week or so. It is good to see Bitcoin wallets showing support for the RPi. These tiny, powerful devices have become quite popular among Bitcoin enthusiasts.

This is an important milestone for the Armory wallet project as well. There was a time during which it seemed the wallet would no longer be supported. The original company bailed on development, yet the source code remained available to the public. Some of the company’s former employees took it upon themselves to keep working on the wallet. As a result, we now have a new client, which introduces a lot of exciting features. It is good to see Armory is back with a vengeance, that much is certain.

Tags: armorybitcoinBitcoin Newswallet
TweetShare
BitStarz Player Lands $2,459,124 Record Win! Could you be next big winner? Win up to $1,000,000 in One Spin at CryptoSlots