Bitcoin Price Watch; Here’s What We’re Looking For Next 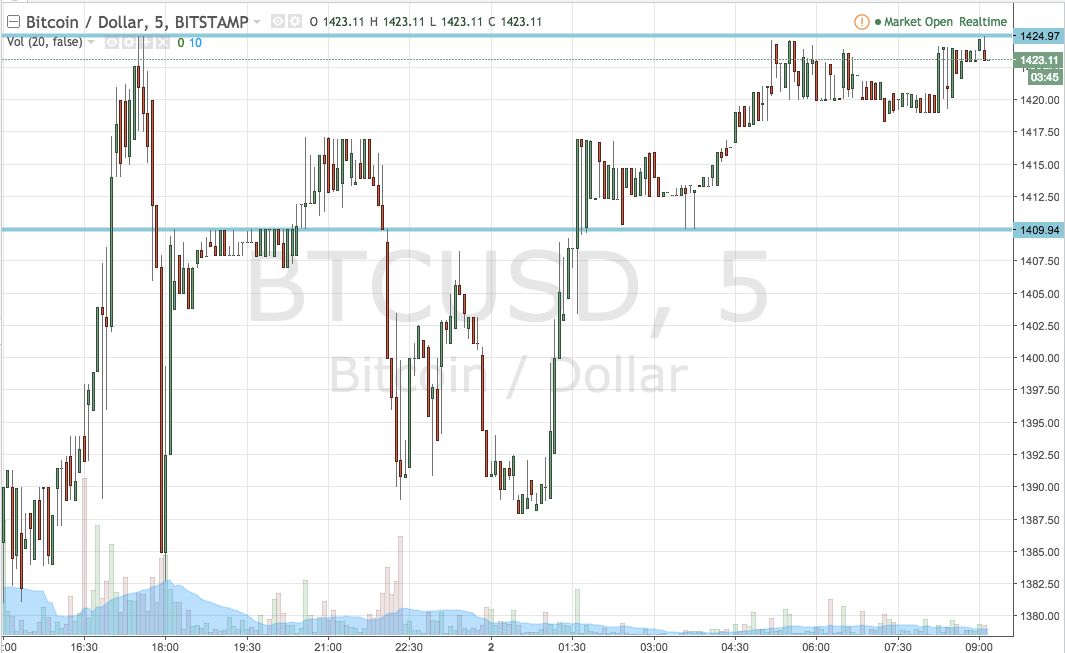 There’s nothing like a good sustained run to get sentiment shifting to the bull side of the spectrum, and in a relatively nascent asset (when compared to the more established tradable financial assets, that is) like bitcoin, the effect is amplified. Mainstream media is picking up on fresh highs and the additional coverage should turn the uninformed on to the potential. The smart money is in, it’s now time for the dumb money to pile on the bandwagon and push price higher. How high the bitcoin price can ride on this move remains to be seen – it’s anyone’s guess. We’ve seen runs of a hundred or more dollars in the past before we’ve seen a correction, but we’ve also seen fifty dollar runs cut short. Whatever happens, the aggregate momentum is with the buyers, and any correction is likely just that – a short term move as markets realign and traders take profits off the table.

So, as we head into the session today, let’s get some levels outlined that incorporate both the potential for a continuation of the upside action, and also the possibility that price might correct near term. As ever, take a quick look at the chart below before we get started to get an idea of what’s on and where price stands right now. It’s a five-minute candlestick chart and it’s got our range overlaid in green. As the chart shows, the range we are going at for the session today comes in at support to the downside at 1409 and resistance to the upside at 1424. We’re on the lookout for a close above resistance to get us in long towards a target of 1435. Conversely, a close below support and we’ll be looking to place a short entry towards an immediate downside target of 1400 flat.