Everything you need to know about MCAP 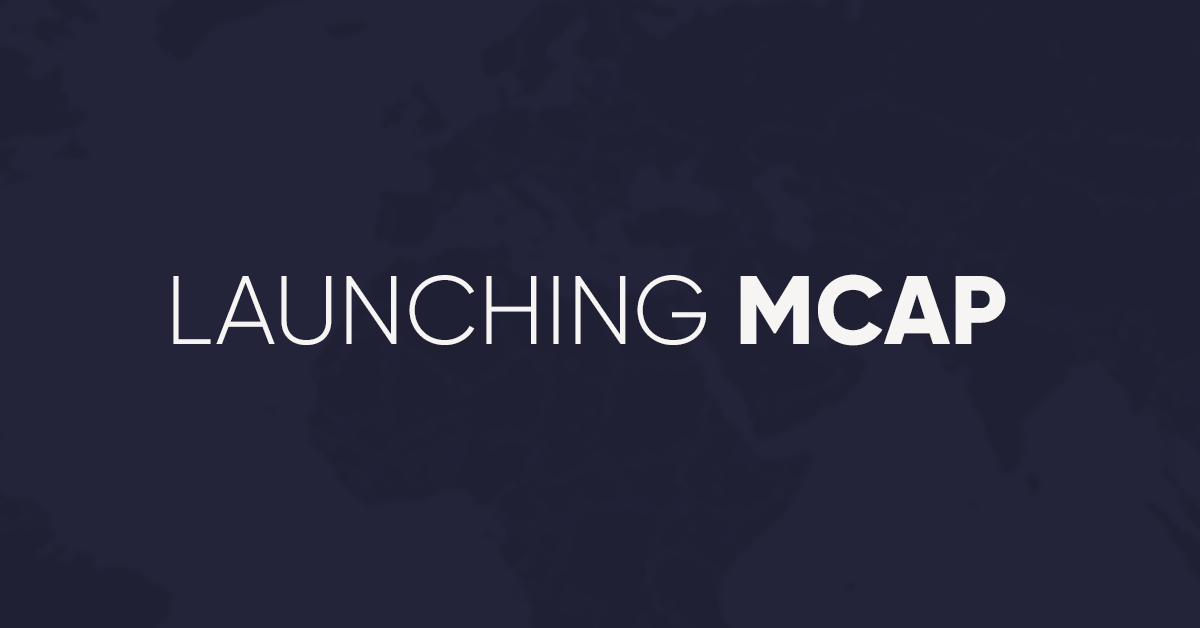 We are humbled by the enthusiastic support shown by the community members in our token sale. For the past year, we had been running simulations on the mining of various coins and we constantly analysed ICOs based on their profitability.

Now, we feel we are ready and have made our tokens available to the public. We know that the world will have huge expectations from us and I can promise you that we are not going to disappoint you. Our token sale finally began on the 27th of April and we raised more than a million dollars within the first 24 hours of our token launch.

We at BitcoinGrowthFund have launched a token called MCAP. Our token uses the counter-party protocol for peer-to-peer transactions. All MCAP transactions will be recorded to the Bitcoin Blockchain to ensure immutability and transparency.

BitcoinGrowthFund has planned to release a total of 100 million tokens and has only released 20% of the MCAP tokens as of now. The remaining 80% will eventually be released in the coming months.

Where will the funds be invested?

The funds raised from the sale of MCAP tokens will be invested in various mining projects and other ICOs.

Mining: Mining is a process where clients offer the computational power of their systems to record data onto the Blockchain. For each successfully uploaded transaction, the miners are rewarded with a small portion of newly created coins.

We at BitcoinGrowthFund have realised the potential profits which can be generated from mining and have developed an algorithm to calculate which AltCoin would be most profitable to mine at any given moment based on its difficulty level, trading volume and the profit it would generate.

ICO: Initial Coin Offering (ICO) is the latest development in the market to raise funds for projects where companies raise money through tokens to invest in other avenues.

We’re witnessing many start-ups successfully raising money through ICOs such as Gnosis, Humaniq and Matchpool.

Since there are a lot of ICOs taking place in the market, it is difficult for investors to identify which ICO would offer a better return on their investments. Our dedicated team of analysts at BitcoinGrowthFund continuously analyse the various ICOs based on more than thirty parameters such as background of the team, viability and scope of the product idea so that our investors never need to worry about their investments.

At BitcoinGrowthFund, we will invest in the mining of various AltCoins which we have shortlisted such as Bitcoin, Litecoin, Ethereum, Zcash, DashCoin and Monero. We constantly update our portfolio as and when new coins are released to gain maximum profits from mining.

In the past one year, many ICOs have given returns of almost 500% on the initial investments.

When our tokens are released on multiple trading platforms, the supply and demand will determine the price of each token and we strongly believe that the price of our MCAP tokens will see an increase of nearly 1000% within the next year.

We have currently raised more than $2 million in funds through our MCAP tokens.

We are offering a 20% discount on MCAP tokens till the 7th of May, after which the customers will be offered a 10% discount for the next ten days. BitcoinGrowthFund will offer no discounts after the 17th of May and the price would be back to $4 per token.

If you have any queries or wish to connect with us, feel free to drop us an e-mail at phil@bitcoingrowthfund.com

Tags: BitcoinGrowthFundMCAP
TweetShare
BitStarz Player Lands $2,459,124 Record Win! Could you be next big winner? Win up to $1,000,000 in One Spin at CryptoSlots