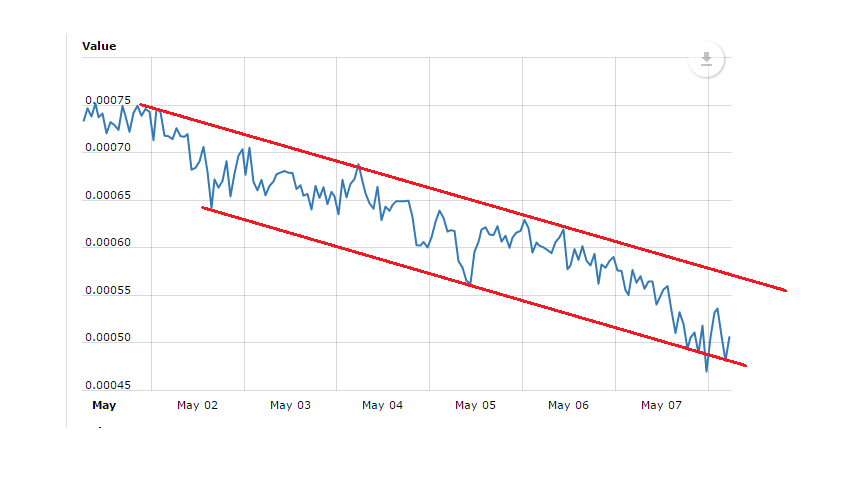 Creditbit price remained under a bearish pressure against the US Dollar and Bitcoin, and now CRBIT/BTC is struggling to hold 0.00050BTC.

In the last analysis, we saw a major decline in Creditbit price against the Bitcoin with a move below 0.00070BTC. Later, the price started a correction wave towards 0.00075BTC. However, it failed to break the 50% Fib retracement level of the last decline from the 0.00072BTC high to 0.00061BTC low. The downside move was restarted and the price fell below 0.00065BTC. It even failed to respect the last swing low at 0.00060BTC. The downside move was such that the price formed a new low below 0.00050BTC at 0.00047BTC.

Similarly, the price continued to decline below $0.90 versus the US Dollar. The price traded below $0.85 and formed a new low at $0.73. The most important part is continuing decline in CRBIT/BTC. Also, a declining channel pattern highlighted in the last analysis is still active with resistance at 0.00055BTC on the 7-day chart. So, we can say that there is a clear downtrend with support at 0.00050BTC. Hourly MACD – The MACD for the CRBIT/BTC pair is struggling and remains in the bearish zone.

Hourly RSI – The RSI for the CRBIT/BTC pair is well below the 50 level and reaching oversold readings.