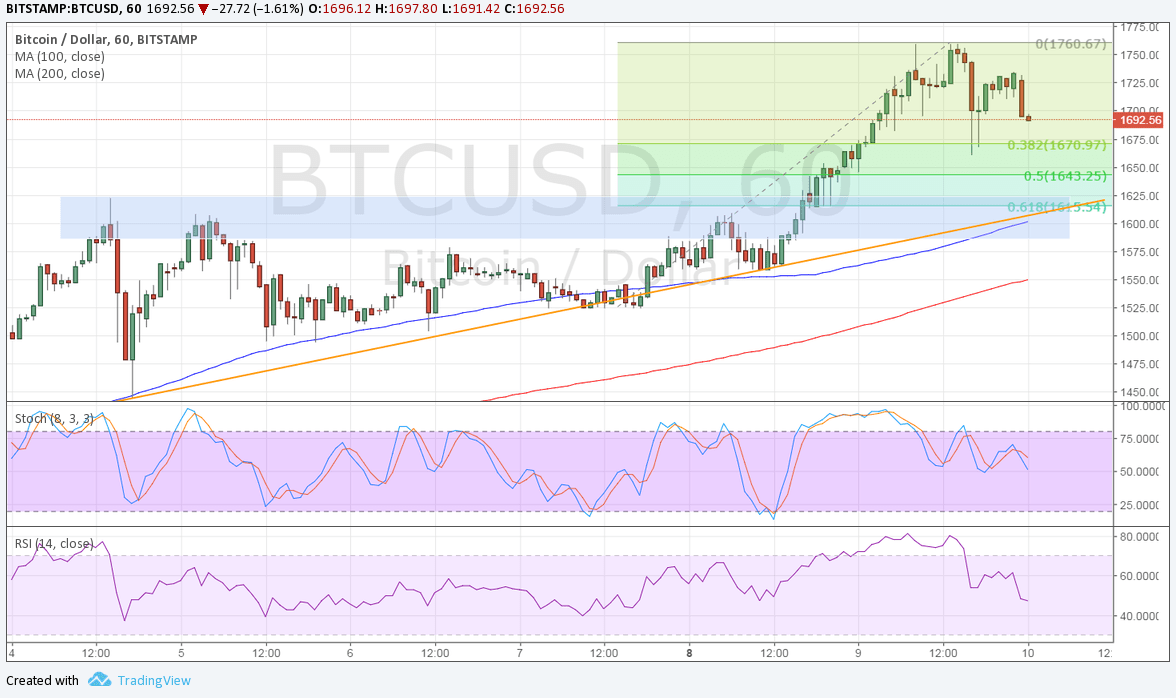 Bitcoin price is in correction mode after establishing yet another new high, offering bulls a chance to hop in at a better price.

The 100 SMA is above the longer-term 200 SMA on this time frame so the path of least resistance is to the upside. In addition, the 100 SMA lines up with the rising trend line support connecting the lows since May 4, adding to its strength as a floor.

Stochastic is heading south for now to show that buyers are taking a break and that sellers are in control of the game for the time being. Similarly, RSI is turning lower to reflect the presence of selling pressure. Once both oscillators hit oversold levels and turn higher, buyers could get back into action.

If any of the Fib levels hold as support, bitcoin price could make its way back up to the swing high around $1760 or higher. On the other hand, a break below the 61.8% Fib could be a signal that bearish pressure is getting stronger. Geopolitical risks are back in the headlines and adding support to bitcoin price. North Korea’s ambassador to the UK warned that another nuclear test is in the works and that they can attack the US if needed. However, of greater risk are the nearby Asian countries since the hermit nation has yet to complete a successful launch so any mistakes could inflict harm on the region.

Also, note that the recent surge in bitcoin price has partly been fueled by rising volumes in Japan. With that, the selloff in the yen and Asian markets has encouraged more investors to put money in the cryptocurrency instead.