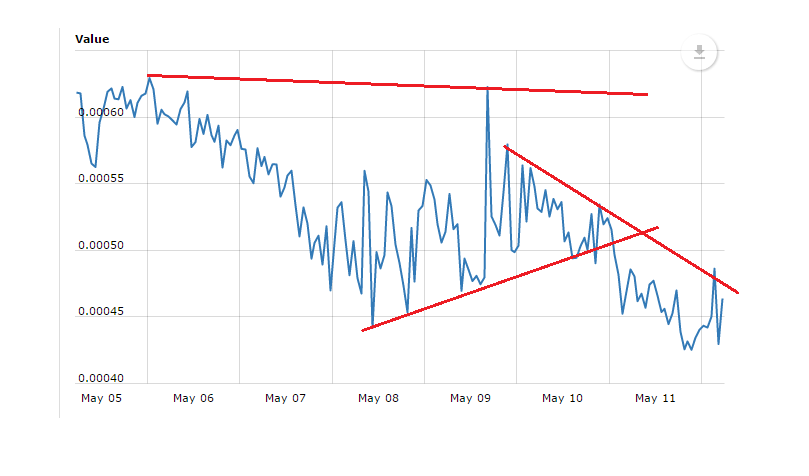 Creditbit price struggled against the US Dollar and Bitcoin, and it looks like CRBIT/BTC may move down to form a new low in the near term.

In the last analysis, we discussed signs of a solid recovery if Creditbit price stays above 0.00045BTC against the Bitcoin. The price did gain pace and moved higher towards 0.00060BTC. However, the upside move could not last long above 0.00060BTC. The main reason was a sold rise in Bitcoin price, putting pressure on buyers for declines. There was a solid resistance near the 50% Fib retracement level of the last decline from the 0.00072BTC high to 0.00045BTC low.

Similarly, Creditbit price against the US Dollar made an upside move towards $1.05 where it faced offers and started to move down once again. When we look at the 7-day chart of CRBIT/BTC, there is an important bearish trend line with resistance at 0.00048BTC. The pair recently broke a major bullish trend line at 0.00050BTC. So, it is likely to remain under pressure below 0.00050BTC. Hourly MACD – The MACD for the CRBIT/BTC pair is back in the bearish zone, and struggling

Hourly RSI – The RSI for the CRBIT/BTC pair is now well below the 50 level.