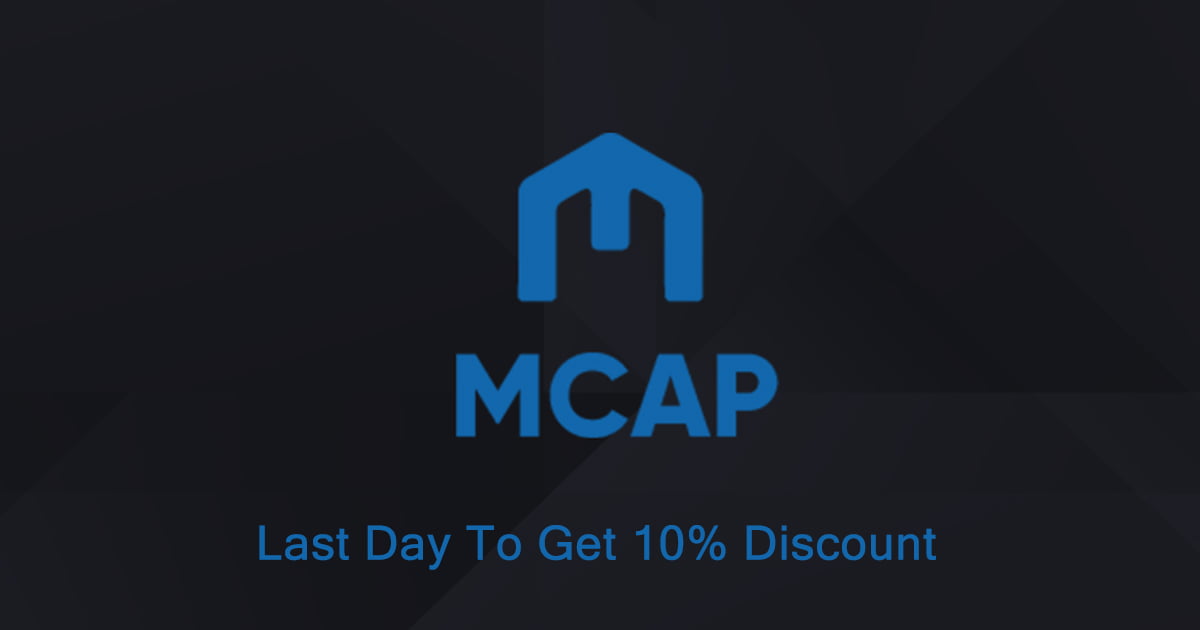 Wow! Bitcoin traded at over $1800 late last week. To get an idea of how much exactly Bitcoin has risen, recall the fact that in February this year Bitcoin traded at its highest ever price of $1210, and we are not talking about years, it’s just two months back. Well the reasons for this are many, some analysts are attributing it to exploding prices of other cryptocurrencies while others are referring it to the war among the developers to upgrade the Bitcoin software that led investors to diversify their crypto holdings.

Well, the current ongoing explosion in prices of crypto currencies has led to growth in MCAP token too. MCAP token has raised more than $7 million in just 18 days! And we have a lot more reasons for our participants to be happy.

As MCAP token invests in mining and ICOs, the current trade suggests huge profits from our portfolio of investments. According to a report published in research firm Smith + Crown April was the biggest month for ICO fundraising ever, with about $70 million raised. As an example, Gnosis was one of the most successful ICO, raised $12 million dollar worth of ether in just 15 minutes, giving it a $300 million valuation. Also, unprecedented liquidity in the crypto-to-crypto markets,  has brought a big shift from earlier phases of crypto trading, where the largest currency pairs were between a coin, usually bitcoin, and a fiat currency. This is leading to growth of other crypto currencies as well and ultimately their mining.

Specifically, Daniel Masters, director at Global Advisors Bitcoin Investment Fund (GABI), stated “That example of a successful soft fork in Litecoin has made people start to think that we could get a successful SegWit implementation in Bitcoin and that could increase capacity and move us to the next level. In the eight to 14-month horizon, my forecast would be around $4,000.”

The future is bright in crypto valley

The positive sentiments from all over the world and acceptance of Bitcoin by some governments as a currency has made the environment pleasant for investors. The debate of whether Bitcoin can be accepted as a currency by government is finally in the court of Bitcoin supporters. Two incidents are worth mentioning here:

According to  Arthur Hayes, who runs the derivatives platform BitMex in Hong Kong. “The bitcoin-to-altcoin trading pairs are making up significant volume on exchanges … you have people with a lot of bitcoin diversifying into other things.

So, we are excited and if you’re an investor in MCAP you should also be as this will finally build confidence in other country governments too and platforms based on Bitcoin like MCAP will earn long term benefits.

There’s no better time than this to buy MCAP tokens and why not do it while you can enjoy a 10% discount. The discount is only available for today and the price is $3.6 per MCAP token. With all the odds in favor we are sure set to break our previous records. Analysts predicted $100 price value of MCAP by Nov’2017 and following current positive trend we are all set to achieve it. We invite you to be part of this journey.