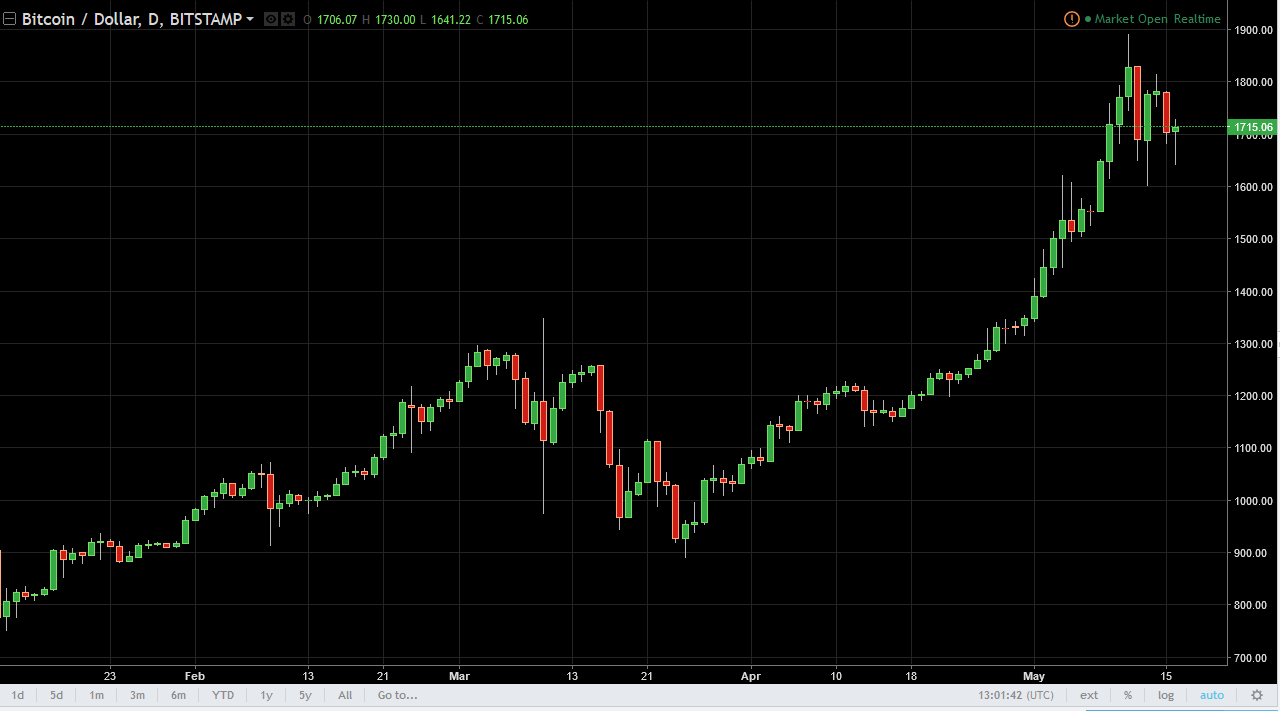 Hello and welcome to News BTC’s Market Outlook May 17.

Bitcoin initially fell during the early hours of Tuesday but found enough support underneath to turn around and form a hammer again. This shows that there is plenty of buying pressure underneath, and it looks now that the $1600 level is going to offer a floor. Buying on the dips and continue to hang on for the larger move higher seems to be the play now.

Bitcoin fell slightly against the Japanese yen during early hours on Tuesday, but continues to find buyers underneath. Quite frankly, Bitcoin looks very healthy in general, and of course the Japanese yen isn’t going to be any different. That being the case, I look at the ¥200,000 level as a potential springboard to higher pricing. We may need to consolidate in the short term though, because we have moved so far in such a little amount of time.

Thanks for watching and see you again tomorrow.