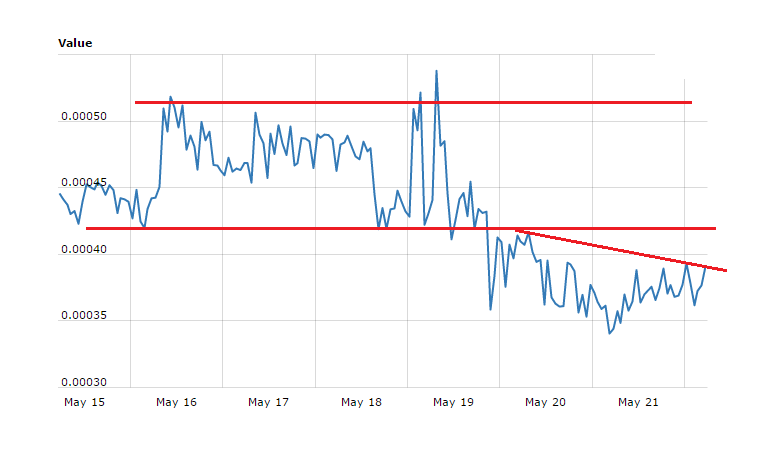 Creditbit price failed to hold important supports against the US Dollar and Bitcoin. CRBIT/BTC formed a new low and remains under pressure.

In the last analysis, I mentioned that buyers may attempt a move towards 0.00060BTC in Creditbit price against the Bitcoin. However, they failed completely, as the bearish pressure increased, and pushed the price below 0.00042BTC. There was a tiny correction, but the price struggled near the 50% Fib retracement level of the last decline from the 0.000620BTC high to 0.000405BTC low. Similarly, there was a downside move against the US Dollar as well towards $0.70. The price spiked once towards $1.00, but failed to break it, and moved down. It broke the $0.80 support area and traded towards $0.70. Overall, the price remains under pressure, and any corrections could face sellers near $0.90.

Hourly MACD – The MACD for the CRBIT/BTC pair is in bearish zone.

Hourly RSI – The RSI for the CRBIT/BTC pair is currently well below the 50 level, and struggling to get going.