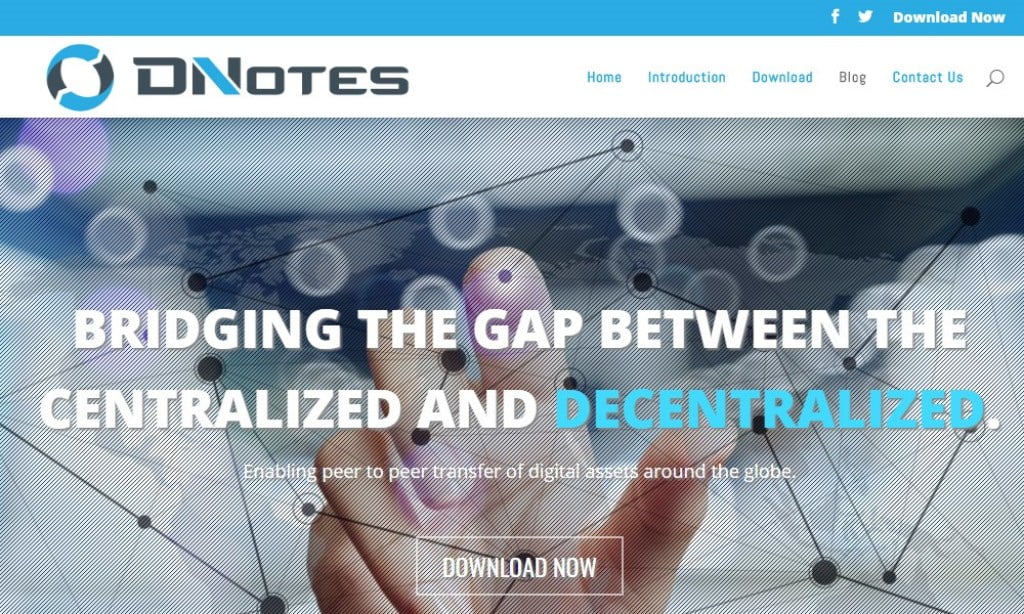 DNotes, after a period of relative silence, recently launched its new website which showcases one of its many initiatives to bridge the gap between the centralized and the decentralized world. The DNotes team has migrated from ecosystem building to technology development.

DNotes is a decentralized digital currency founded with a purpose and with common people in mind. The company has been reaching out to the segments of population that are under-represented in the digital currency community and stand to lose out on potential wealth due to that exclusion, for the past three years.

DNotes strives to reach out beyond the industry to inform, educate, and encourage the participation of underserved demographics, like female population, with its projects like DCEBrief, DNotesEDU, CryptoMoms, and DNotesVault. The company wants to eventually pave the way toward mass acceptance of its digital currency with such efforts.

DNotes differentiates itself by strategically positioned the DNotes digital currency as a solution to the challenges of gaining mass adoption and meeting the full functions of money as a unit of account, a medium of exchange, and a store of value.

The company has focused on strategically building the foundation for an integrated ecosystem that will seamlessly bridge the divide between decentralized digital currency and the centralized world of finance and commerce.

DNotes has also made a conscious effort to be accessible to everyone by simplifying the user experience. DNotesVault, released in 2015 as part of the plan to simplify things, is easier to open than a new bank account, and the company offers several different Cryptocurrency Investment Savings Plans for account holders.

DNotes has also been educating the general public since 2015 – using DNotesEDU to provide basic cryptocurrency education and promote financial literacy.

Finally, DNotes has spent three years laying the foundation to execute the next stage of the company’s plan as it draws closer to its goal of creating a global payment network that is more efficient than traditional networks and easier to use. DNotes Global Inc. was incorporated in the State of Delaware in 2016, with the platform’s cryptocurrency holders retaining 25% equity in the new company to help facilitate this goal.

The highly-anticipated release of DNotes 2.0 will move the company one step closer to its goal of providing the superior innovation and technological leadership the industry needs for mass acceptance.