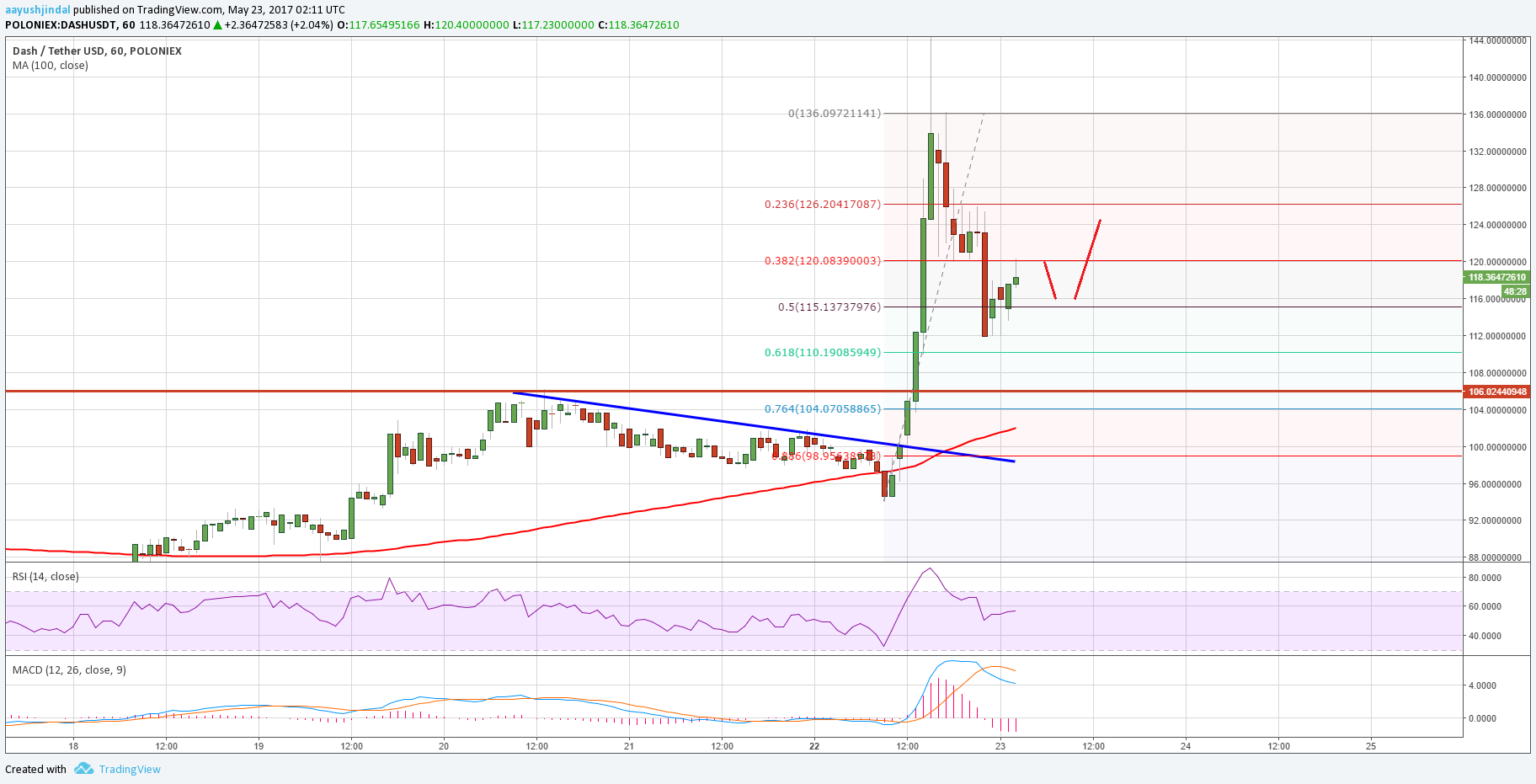 In the last analysis, we discussed that if there is H4 close above $90, there can be more gains in Dash price against the US Dollar. The price did make an upside move, and broke the $90 level to establish an uptrend. To kick start the trend, it first cleared the 61.8% % Fib retracement level of the last decline from the $95 high to $79 low. Later, there was a break above a major bearish trend line at $98 on the hourly chart of DASH/USD.

All the mentioned breaks ignited a rally above $110, and the price was able to even clear $125. A new weekly high was formed near $136 before the price started a correction. The best part was a close above the 1.618 extension of the last decline from the $95 high to $79 low. During the recent downside move, the price found support just below the 50% Fib retracement level of the last wave from the $94 low to $136 high. It has already started moving higher once again and currently positioned above $110. On the downside, the $105 and $100 levels are strong supports. As long as the price is above these, there can be an upside move back towards $135.

Hourly MACD – The MACD for DASH/USD is reducing the current bearish slope.

Hourly RSI – The RSI for DASH/USD is above the 50 level, and moving higher.