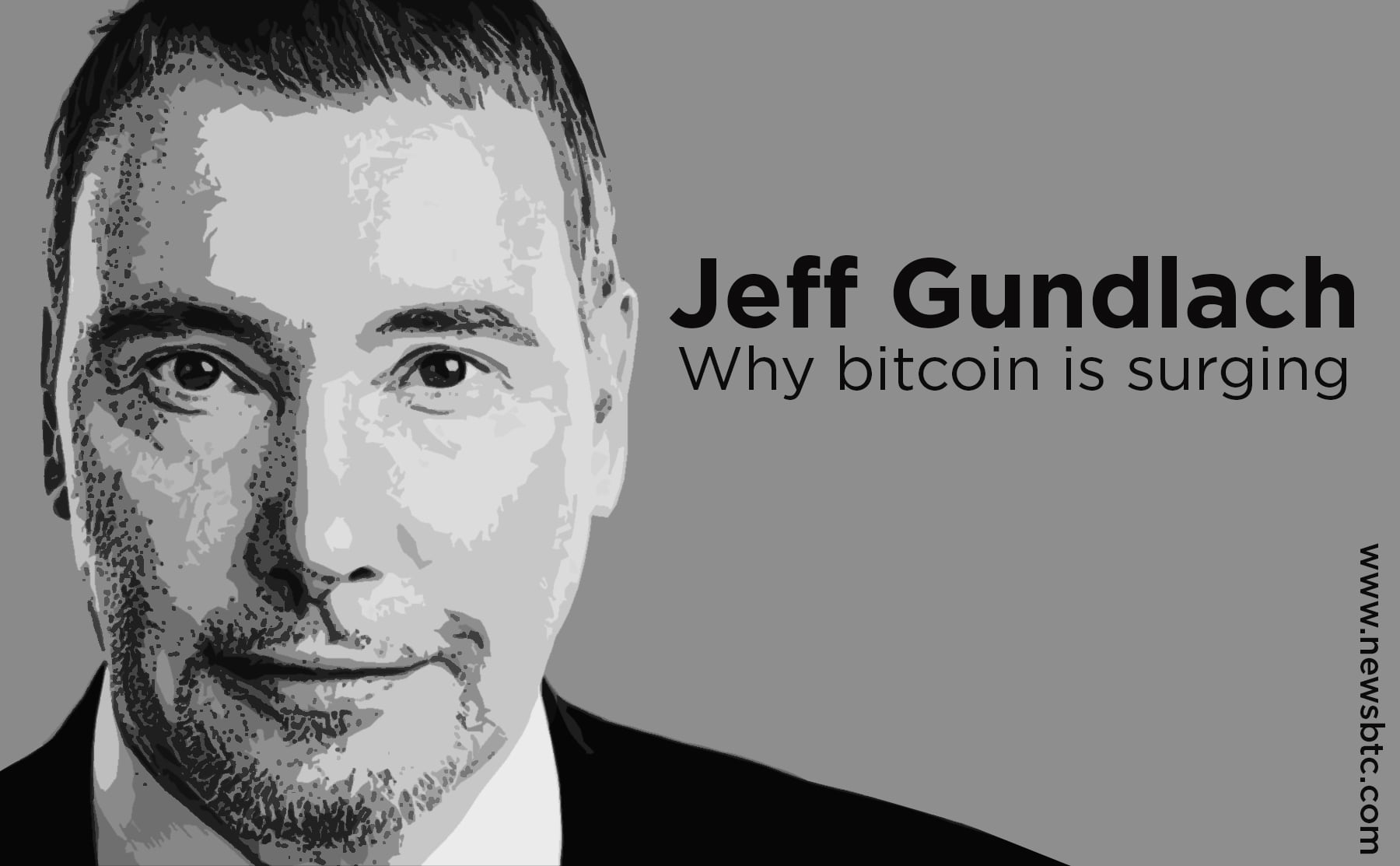 The surging Bitcoin price has got the cryptocurrency community members astonished. The price trend has exceeded both expectations and earlier expert speculations. The changing scenario has encouraged the CEO of DoubleLine Capital, Jeffrey Gundlach to form a theory on the latest price surge.

Gundlach’s theory was covered by a leading mainstream business news outlet, which connects the cryptocurrency’s performance with certain underperforming Chinese markets and increased demand for the cryptocurrency in few Asian countries. A comparison between the performance of China’s Shanghai Composite and Bitcoin during the past two months shows that the value of Bitcoin has increased 2X as the former dropped by 10%. Shanghai Composite is the only outlier when compared to other major indices, which have all fared well during the same period.

The negative correlation between Shanghai Composite and Bitcoin price is not lost on Gundlach and he calls it more than just a coincidence. The theory revives the all too familiar argument about the extent of Chinese cryptomarket’s influence on global Bitcoin price. The publication goes a step further by seeking an opinion from other notable names in the investment business.

“I think it is part of the equation but not the entire reason for the move in bitcoin.”

Kelly states that the recent rise in Bitcoin price to record levels is also influenced by increasing trade volumes involving BTC/USD and BTC/JPY trading pairs. Since April, Japan has emerged as a cryptocurrency powerhouse following Bitcoin’s legalization. The official status has reduced apprehensions among the Japanese, who are now more openly trading the digital currency than before.

With other countries considering similar actions, the demand for cryptocurrency may further increase in the coming days. Russia has already made its intentions to assign Bitcoin a legal status public. The Indian government has also asked for a public feedback regarding Bitcoin as the country contemplates about cryptocurrency regulations.

What’s Driving Bitcoin Price These Days? was last modified: May 25th, 2017 by Gautham