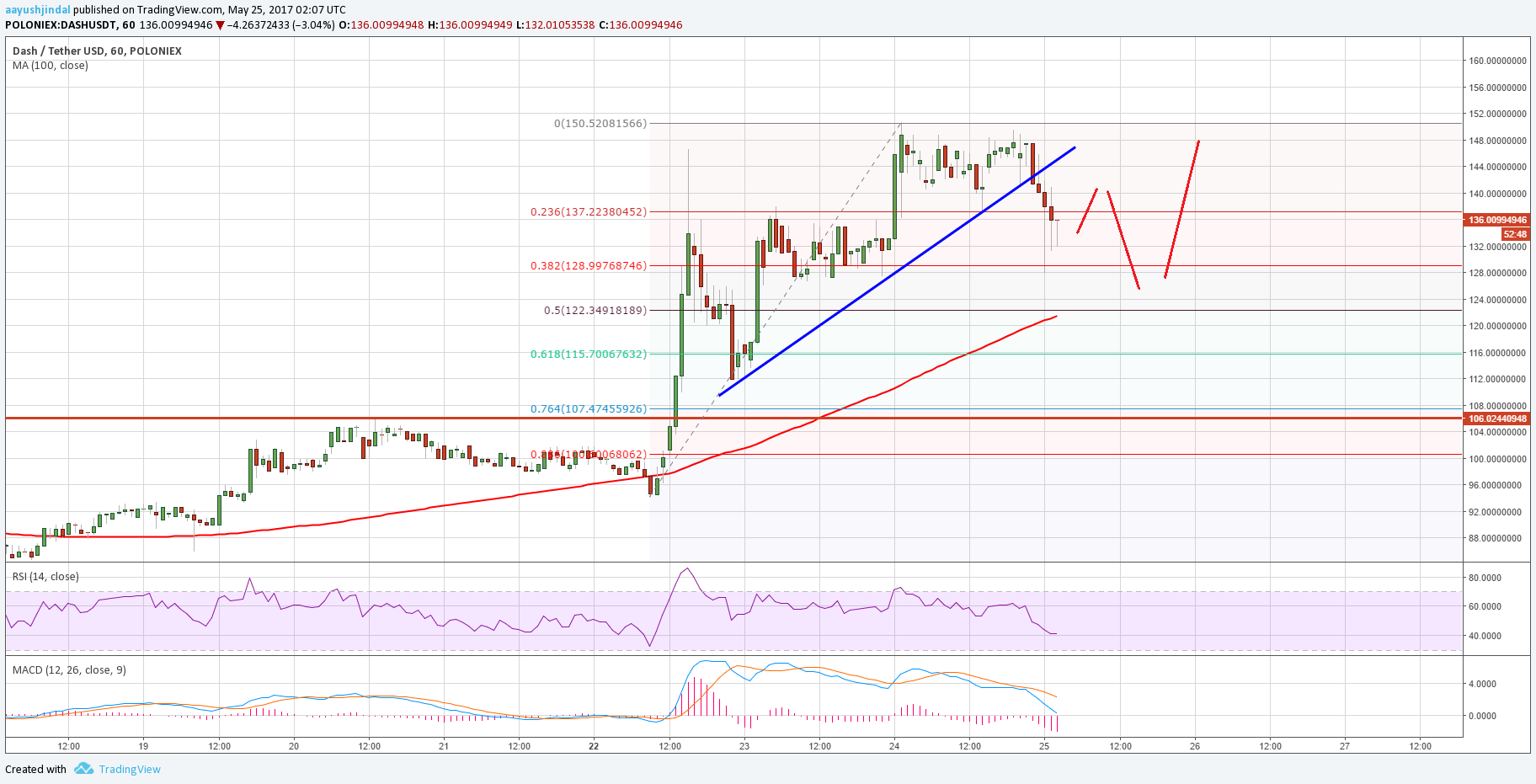 Dash price (DigitalCash) after a nasty surge against the US Dollar and Bitcoin made a top. DASH/USD is currently correcting and may trade towards $125-130.

In the last analysis, I mentioned that as long as Dash price is above $105-110 against the US Dollar, there is a chance of a move towards $135. The price did move towards $135, and also managed to break it. The upside move was very strong, as the price cleared the $140 and $145 resistance levels. A new weekly high was formed near $150.50 where the price found resistance and moved down. Hourly MACD – The MACD for DASH/USD is currently in the bearish slope.

Hourly RSI – The RSI for DASH/USD is heading lower, and below 50.