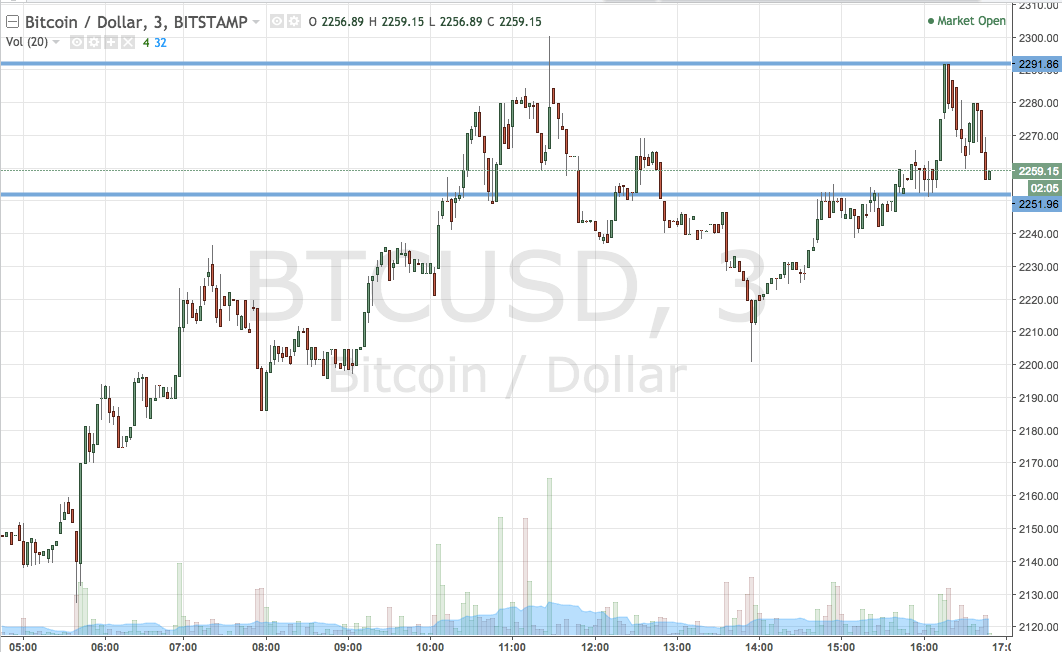 In this morning’s analysis, we noted tat the bitcoin price had corrected pretty substantially over the weekend but that, subsequent to the correction, it looked as though things were bottoming out. Further, we noted that we expected to see some degree of upside revaluation going forward as markets reestablished speculative buy positions post-rebalancing.

Action has now matured throughout the day and we’ve seen pretty much exactly what we expected. Well, sort of. Price continues to look as though we’ve seen the end of the near term correction, but we’ve not exactly seen a return to the strength yet. We’ve got some upside action, but it’s tapered by consolidation, and we’re not getting too much in the way of breakouts as things stand.

With all this said, it’s not the current action that’s too important right now. It’s what we see going forward and – if our expectations prove valid – we should see the breakout we are looking for once this consolidation phase draws to a close.

So, with this in mind, here’s a look at what we’re going for this evening in the bitcoin price. Take a look at the chart below before we get started so as to get an idea of where we intend to get in and out of the markets as and when price moves. It’s a 3-minute candlestick chart and it’s got our key range overlaid in blue.

Our range for tonight comes in as support to the downside at 2251 and resistance to the upside at 2291. Breakout only for now, given that we’re looking primarily for runs and not bounces.

If price closes above resistance, we’ll get in long towards an upside target of 2320. Conversely, a close below support will get us into a short entry towards a downside target of 2210.

Stops on both trades will ensure we are taken out of the positions if price reverses against us.