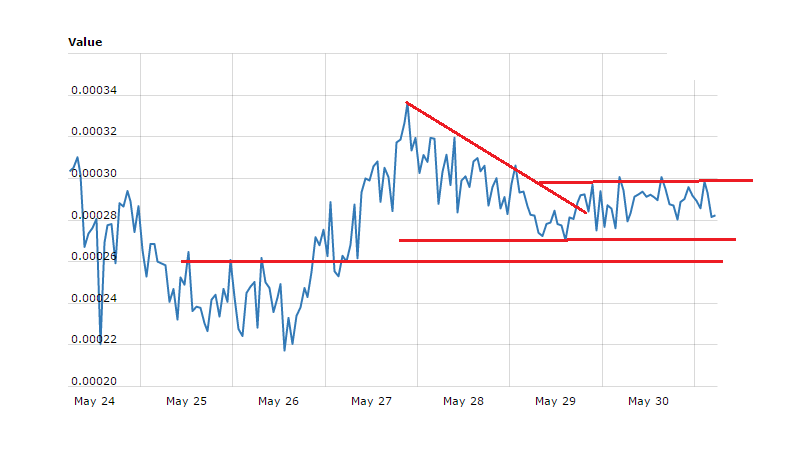 Creditbit price after a decent rise started consolidating against the US Dollar and Bitcoin. CRBIT/BTC may now look to move above 0.00030BTC.

In the last analysis, we noticed a couple of short term breaks above 0.00022BTC in Creditbit price against the Bitcoin. The price managed to hold gains and settled above the 0.00025BTC support. There was even a break above the 50% Fib retracement level of the last decline from the 0.000340BTC high to 0.000220BTC low. The most important move was towards 0.00032BTC. The price may continue to trade in a range for some time before making an attempt to break 0.00030BTC. The price also needs to break the 50% Fib retracement level of the last decline from the 0.000398BTC high to 0.000221BTC low. Once there is a proper daily close above 0.00032BTC, there can be more gains in the near term. On the downside, the 0.00025BTC support holds the key in the short term.

Hourly MACD – The MACD for the CRBIT/BTC pair is almost flat suggesting consolidation.

Hourly RSI – The RSI for the CRBIT/BTC pair is just around the 50 level, and lacking momentum.