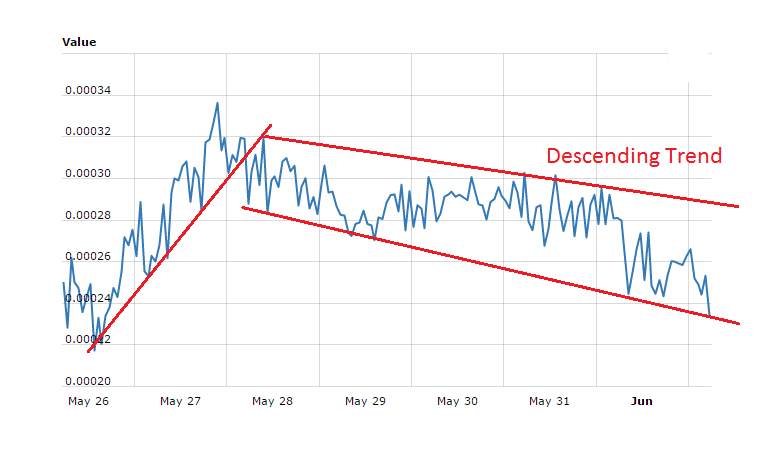 Creditbit price failed to gain momentum against the US Dollar and Bitcoin. CRBIT/BTC is now once again heading lower towards the 0.00022BTC support.

There was a rise in Creditbit price above 0.00030BTC against the Bitcoin, but it failed to hold the bullish momentum. Basically, the price struggled to remain above the 0.00030BTC resistance, and moved down. It looks like the 50% Fib retracement level of the last decline from the 0.000405BTC high to 0.000220BTC low acted as a major barrier for the price. As long as there is no daily close above 0.00030BTC, the price may continue to face offers.

At the moment, there is an expanding triangle pattern with resistance at 0.00029BTC forming on the 7-day chart of CRBIT/BTC. The pair is currently testing the triangle support at 0.00024BTC. A break below the same may call for a test of the 0.00022BTC support. On the upside, the triangle resistance is near 0.00029BTC. It also coincides with the 61.8% Fib retracement level of the last decline from the 0.00033BTC to 0.00024BTC. The overall price action is neutral with support above 0.00020BTC. I think the price is consolidating in a range with resistance at 0.00030BTC. When we look at the Creditbit price against the US Dollar, there is a major support at $0.50. On the upside, the $0.70 level is acting as a major hurdle for further gains.

Hourly RSI – The RSI for the CRBIT/BTC pair is below the 50 level, and heading lower.