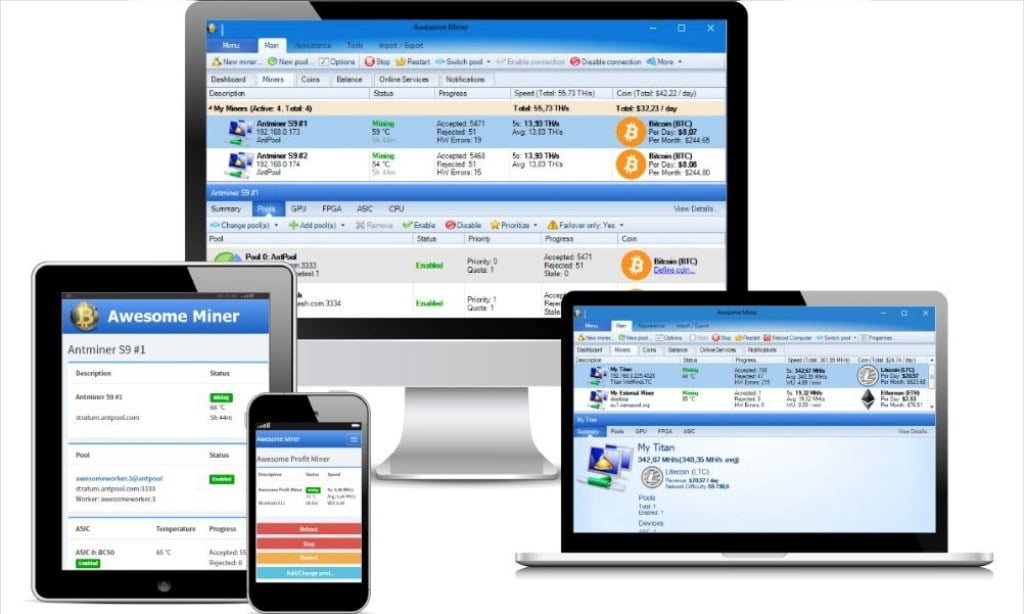 If you are into blockchain, you must have heard the news of IntelliBreeze’s latest mining software, “Awesome Miner 3.0” coming up soon. But what’s coming up with it along and how it’s going to benefit you? Let’s discover in this article.

IntelliBreeze Software is a Sweden based leading cryptocurrency mining software developer that develops mining software for small and large scale mining operations. The recently announced Awesome Minor 3.0 has been designed for windows machines, which can manage and monitor the mining of bitcoin, Ethereum and other cryptocurrencies. This is a window app that simplifies the small and large scale mining operations to make them manageable, through its custom management software design and interface. Do you know that with Awesome Miner 3.0, you are able to manage up to 5000 miners just from a single user interface?

It is to be noted that the first version of Awesome Miner was launched in 2014 and according to the market experts, the Awesome Miner 3.0 is expected to being immense improvement in previous capabilities in order to manage bigger mining operations than before.

So, what’s coming up?

Well, the latest version has included a Profitability Switcher” as one of the core functions, which optimizes profitability for mining operations. It works irrespective of the fact that whether there is a single miner or the entire mining farm. The software is expected to bring more productivity and efficiency.

Since GPU mining is becoming popular, the software is also able to execute big scale GPU configuration and overlocking on the remote miners. Mining operations of any scale can be streamlined along with observing GPU temperatures, load and fan speed.

The accessibility is huge now since Awesome Miner holds build-in web frontend that user can access from any device. If you have tried the free version of this software, you must have noticed many functionalities, including support for Awesome Profit Switching. IntelliBreeze Software has come up with the free version for small scale mining that consists of one or two miners, while the paid version offers enhanced support and more striking features for large scale mining operations.