Bitcoin Price Watch; Here’s Our End Of The Week Strategy 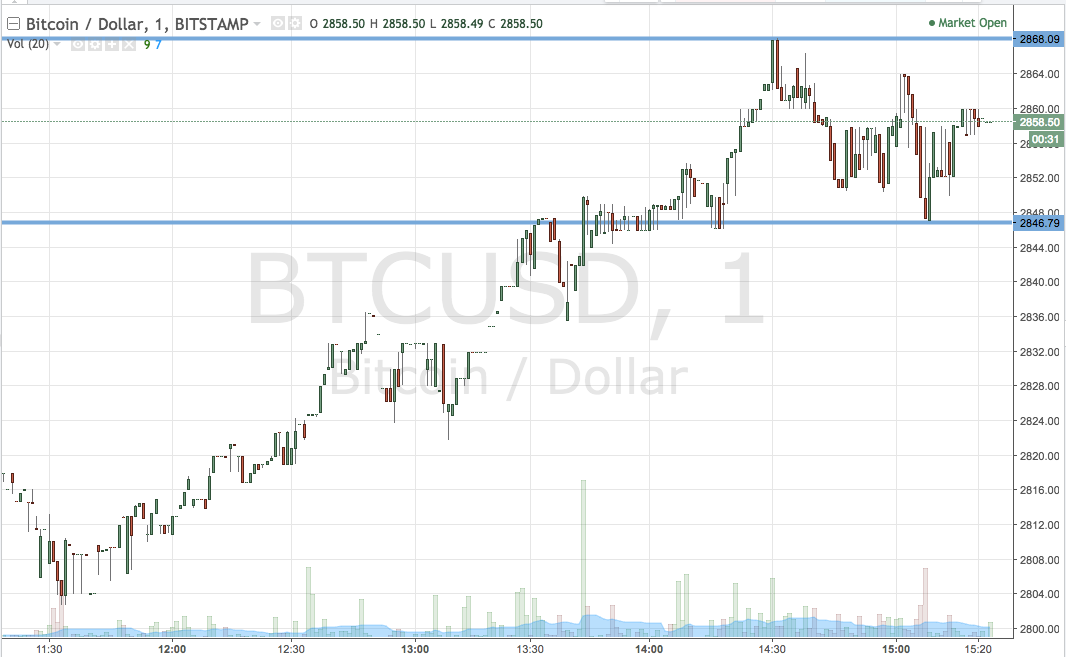 And there goes another week in the bitcoin price space. Done and dusted. When we kicked things off for this morning’s European session, we outlined a few key levels with which we were going to approach the markets today. Basically, we set up a (relatively wide) range and said we’d bring our two primary strategies to the plate – breakout and intrarange.

This was this first time we’ve tried to employ the latter in a while and – as it turns out – we didn’t need it. Action in the bitcoin price was conducive to breakout trades throughout pretty much the entirety of the session today and – as our strategy allows – we managed to get into a couple of these breakout trades without having to take on too much risk.

We’re hoping that as the session matures to a close (we’re not far off that now) and as the US afternoon gets into full swing, we will see a little bit more volatility to take us into the weekend. It doesn’t matter too much if we don’t – we’d rather close out the week with a decent net gain than risk a stupid non-action trade and close out for a loss – but it’d be nice to get in one or two more times if action allows.

So, with this said, let’s have a look at where we’re going to try and get in and out of the markets this evening. As ever, take a quick look at the chart below to get an idea of what’s on before we get started. As the chart shows, our range for this evening is defined by support to the downside at 2846 and resistance to the upside at 2868. If price closes below support, we’ll be in short towards 2800. Conversely, a close above resistance will have us in towards 2900.