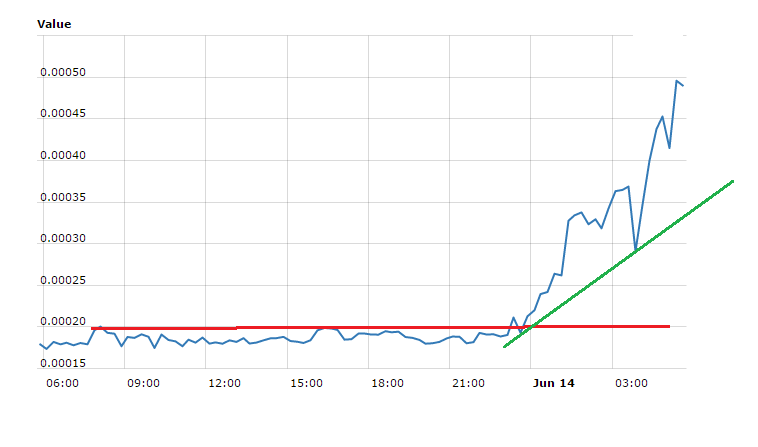 Creditbit price soared higher against the US Dollar and Bitcoin to register heavy gains. CRBIT/BTC is up 50% and trading just around 0.00050BTC.

In the last analysis, we saw an increase in trading volumes for Creditbit versus ETH, and the price gained traction. It looks like there was an increase in buying interest for CRB, resulting in sharp gains against the US Dollar, Bitcoin and Ether. Earlier, we saw how Creditbit price struggled to break the 0.00020BTC resistance against the Bitcoin. However, the recent surge was solid, as the price not only broke 0.00020BTC, but also managed to register heavy gains.

During the upside, the price clearly came out the consolidation phase and rocketed above 0.00040BTC. The price has reached another major resistance at 0.00050BTC, and currently trading just below it. There is a chance of a minor correction in the near term towards 0.00040BTC or 0.00035BTC. There is a 2-point connecting bullish trend line formed with support at 0.00035BTC on the 1-day chart of CRBIT/BTC. It may act as a support and prevent downsides below 0.00030BTC going forward. There were solid gains versus the US Dollar as well above $1.00. The price moved above the $1.20 and $1.50 resistance levels to trade close to $1.60. The overall trend for CRB is bullish now, and buying dips are favored.

Hourly MACD – The MACD for the CRBIT/BTC pair is moving nicely in the bullish zone.