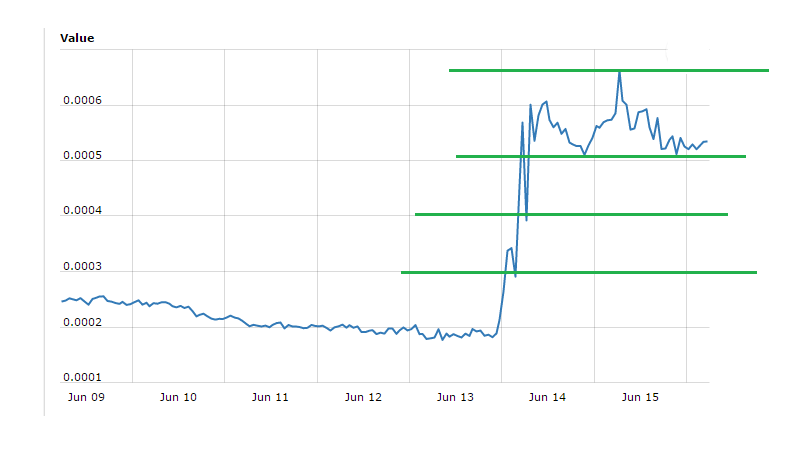 Creditbit price extended its bullish gains against the US Dollar and Bitcoin. CRB/BTC is now well positioned above 0.00050BTC for more upsides.

In the last analysis, we saw a solid rise in Creditbit price above 0.00020BTC against the Bitcoin. Later, the price gained traction and moved above 0.00040BTC. It even traded above the 0.00050BTC level, and then started a minor correction. The best part is the fact that the correction was mild. The price traded towards 0.0005BTC from the 0.00065BTC swing high. Hourly MACD – The MACD for the CRBIT/BTC pair is stable in the bullish zone.

Hourly RSI – The RSI for the CRBIT/BTC pair is correcting from the overbought levels.