Bitcoin Price Watch; An Overarching Reversal On The Cards? 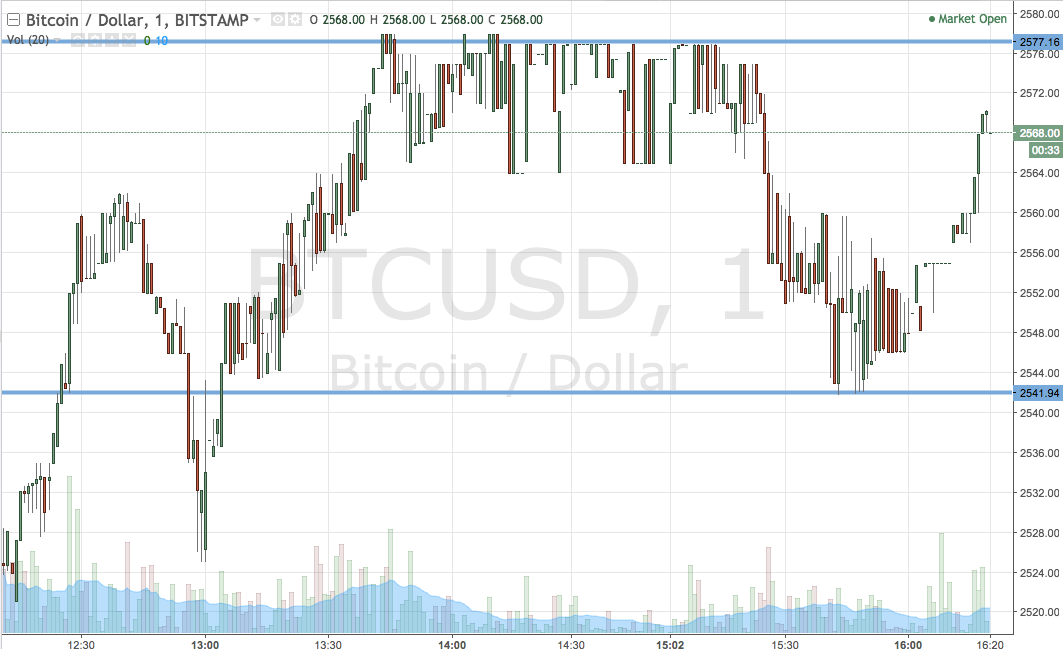 In this morning’s analysis, we discussed the corrective action that we had seen in the bitcoin price over the weekend and suggested that – temporarily at least – an overarching bearish bias seemed smart. We also noted that we needed to widen out our core range and trade only on breakouts and that by doing this, we could limit our exposure to any choppy volatility.

Action has now matured throughout the day, and it looks as though we made the right decision. At least, that is, with regards to risk management. Price has been relatively choppy, and we managed to get in on a decent breakout position early on in the day which we subsequently rode out to profit. As far as the bearish bias was concerned, however, we weren’t quite as accurate. Price has been in recovery mode throughout the majority of the session and currently trades in and around 2570. If the upside momentum continues and isn’t hampered too much by profit-taking near term, we could easily see a run into the 2600s before the US session draws to a close.

So, before we do see such a break, let’s outline the levels with which we can capitalize on it as and when it happens.

As ever, take a quick look at the chart below to get an idea of the levels and focus for the session this evening. As the chart shows, the range we have in our sights right now is defined by support to the downside at 2541 and resistance to the upside at 2577. Again, we are going to stick with our breakout strategy for the time being. Tight stops, enter on the close towards a predefined target in line with the direction of the break.

So, if we see the bitcoin price close above resistance, we will get into the markets with a long position towards 2600 flat. Conversely, a close below support will have us in short towards 2520.