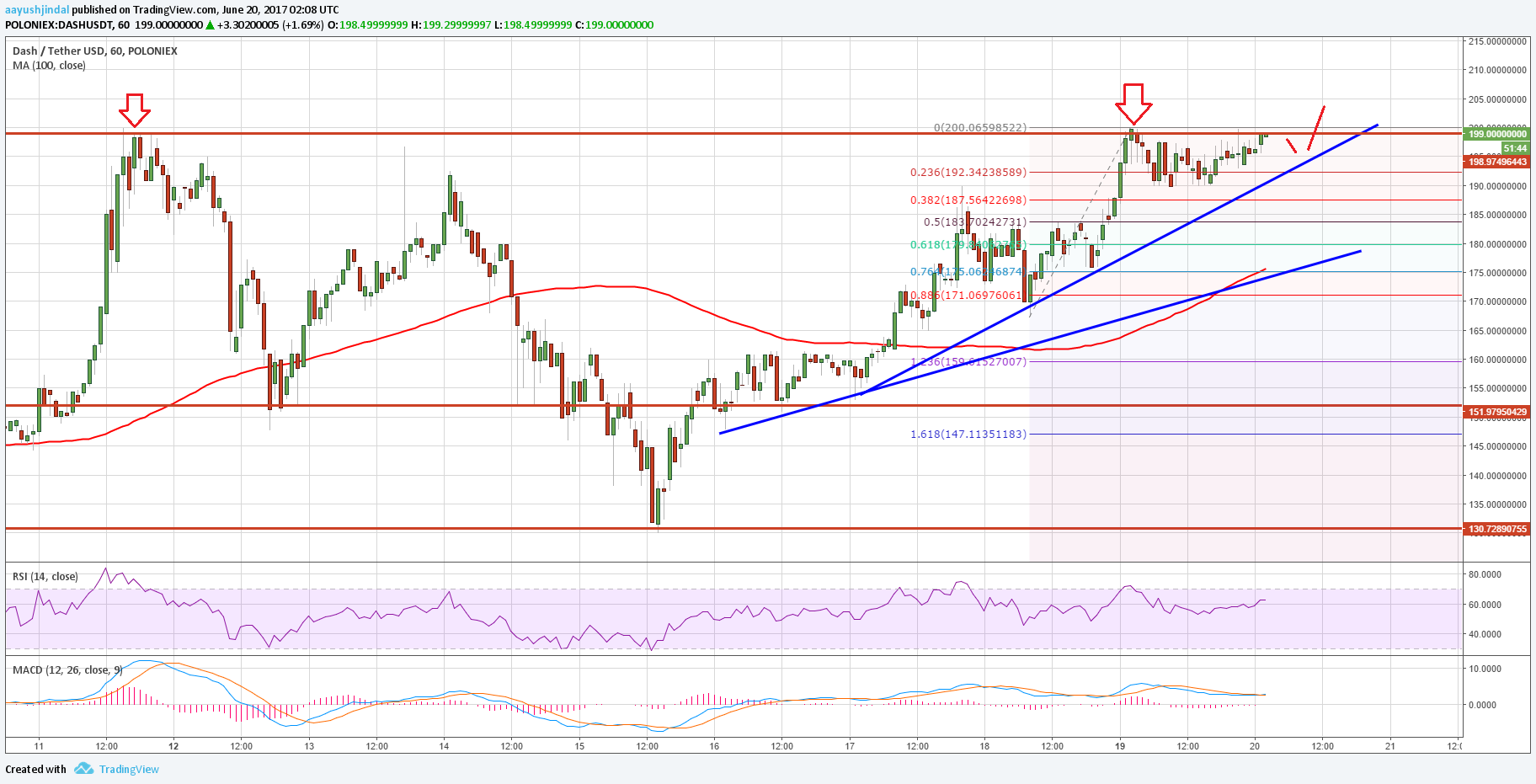 Dash price (DigitalCash) is gaining momentum against the US Dollar and Bitcoin, and it looks like DASH/USD may soon settle above the $200 resistance.

In the last analysis, we saw how there was failure near $200 and a decline in Dash price against the US Dollar. Later, the price started a recovery and was able to move above the $160 resistance. The upside move was nice, as there was a break above the 50% Fib retracement level of the last decline from the $196 high to $138 low at $170. It has opened the doors for more gains above the $195 level.

At the moment, the price is trading near a monster resistance of $198-200. It acted as a major hurdle earlier for buyers and prevented gains above $200-205. Now, there is a real chance that the pair may break and settle above the $200 resistance soon. The momentum is clearly with buyers with supports on the downside at $190 and $180. There are also two important bullish trend lines with supports as $195 and $180 forming on the hourly chart of DASH/USD. Hourly MACD – The MACD for DASH/USD is moving higher in the bullish zone.

Hourly RSI – The RSI for DASH/USD is moving nicely around the 60 level.