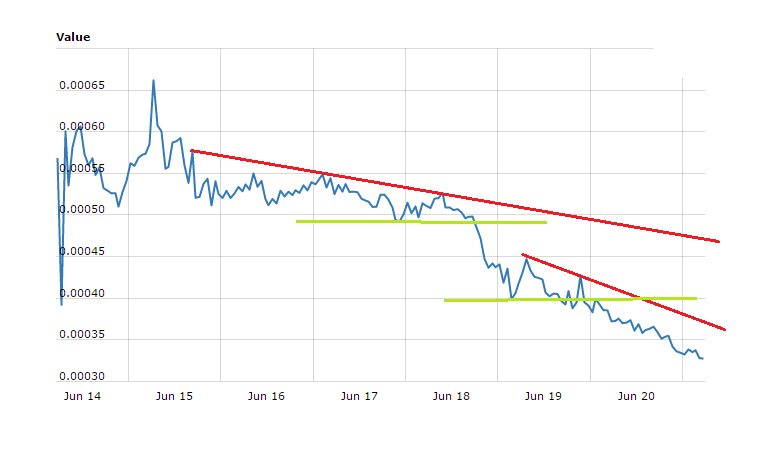 Creditbit price declined heavily against the US Dollar and Bitcoin, and CRB/BTC is now approaching a major support zone near 0.00030BTC.

We recently saw a solid upside move in Creditbit price towards the 0.00070BTC level against the Bitcoin. Later, the price failed to sustain momentum, and started a correction below 0.00060BTC. However, the correction soon turned into a bearish wave, as the price broke the 0.00050BTC support. There was even a break below the 50% Fib retracement level of the last wave from the 0.00021BTC low to 0.00070BTC high. It ignited further losses below 0.00050BTC. There were declines against the US Dollar as well with a break below the $1.10 support. The downside was such that sellers cleared the $1.00 support as well. The next major support is at $0.8 where buyers may emerge.

Hourly MACD – The MACD for the CRBIT/BTC pair has moved into the bearish zone.

Hourly RSI – The RSI for the CRBIT/BTC pair is now heading towards the oversold readings.