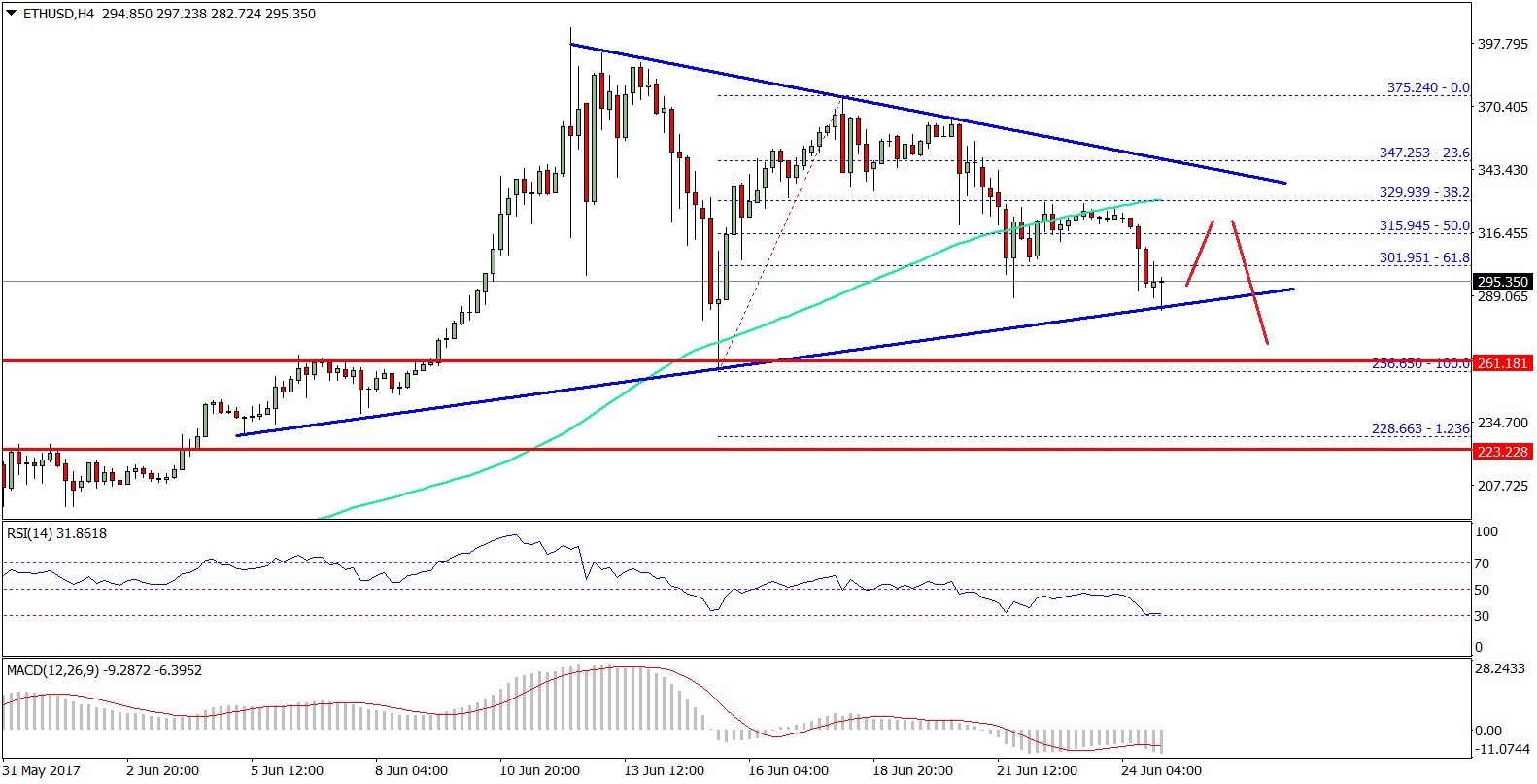 Ethereum price is short-term bearish against the US Dollar and Bitcoin, and ETH/USD is testing a major support area at $285 which holds the key.

It was a slight negative week for ETH price as it moved below the $350 and $330 support levels against the US Dollar. The price faced a lot of selling pressure and also traded below $328 and the 100 simple moving average (H4). There was a bearish wave pattern which started from $256 and ended near $375. The price is now once again under selling pressure and testing a major support at $285.

Once there is a close below the $285 support, it exposes the price for further declines in the near term. There is a crucial contracting triangle pattern forming with support at $285 on the 4-hours chart of ETH/USD. If buyers fail to protect losses below the same, there is a chance of ETH retesting $256. Moreover, if there is an increase in selling pressure, there can be a test of the $228 level as well. It represents the 1.236 extension of the last wave from the $256 low to $375 high. 4-hours MACD – The MACD is placed in the bearish zone.

4-hours RSI – The RSI is currently into the oversold area.