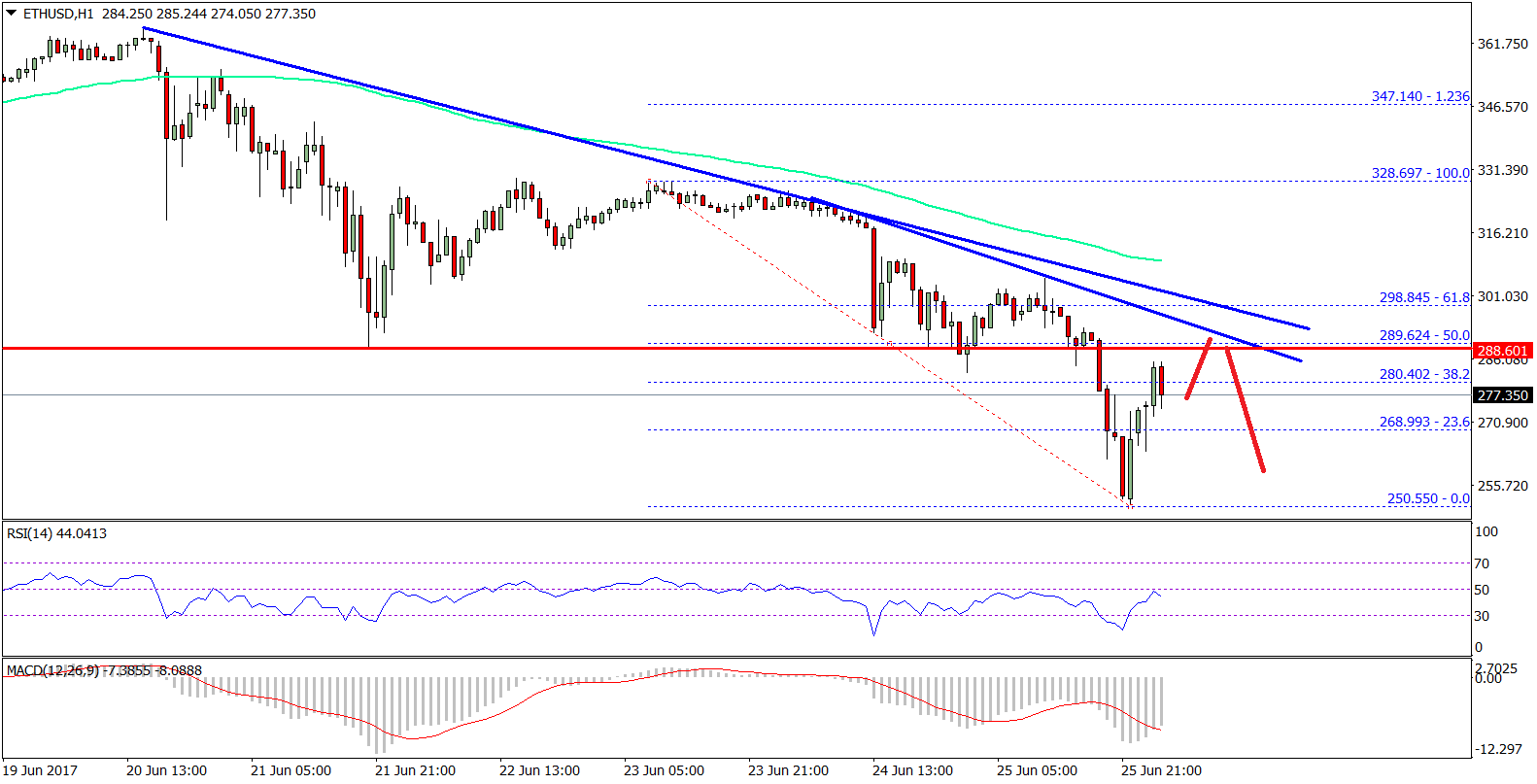 Ethereum price continued to trade lower against the US Dollar and Bitcoin, and it looks like ETH/USD may continue to face sellers as long as it is below $300.

It looks like a major correction wave is initiated for ETH price as it closed below $300 against the US Dollar. The price attempted a minor recovery from a major support area near $288. However, it failed to gain momentum, and faced sellers near $325-330. It also failed to close above the 50% Fib retracement level of the last decline from the $365 high to $288 low.

As a result, the price resumed its downtrend and traded below a major support at $288. It ignited further declines and the price traded as low as $250. It is currently recovering and moved above the 23.6% Fib retracement level of the last decline from the $328 high to $250 low. However, there are many hurdles on the way up like the $280-288 resistance. There is also a monster bearish trend line formed with resistance at $289 on the hourly chart of ETH/USD. Furthermore, the 50% Fib retracement level of the last decline from the $328 high to $250 low is also around the $288 resistance. So, if the price continues higher, it might fail near $288-290 and trade lower once again.

Hourly RSI – The RSI is attempting to break the 50 level, but struggling.