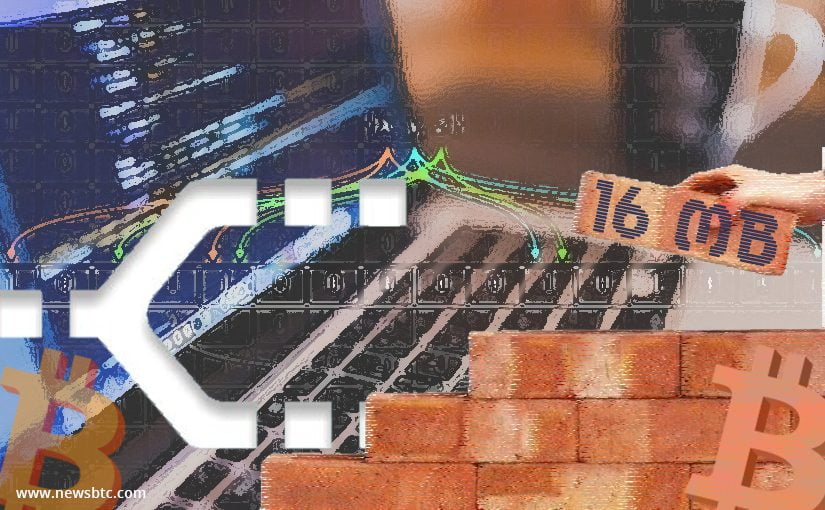 Next Article: Bitcoin Price Watch; Breakout Is On Today

It is evident the topic of Bitcoin Scaling is still being discussed as we speak. A new subreddit, called BTCFork, is showing some interesting activity right now. More specifically, a new UAHF client will be released in the coming days. This particular client will not activate SegWit, though. Additionally, it can create blocks of up to 16 MB in size. An interesting concept, to say the least.

Contrary to what some people believe, SegWit activation is not a guarantee right now. Even though the UASF and SegWit2x are on track to implement this scaling solution, things may still change. More specifically, there is a new initiative underway to increase the block size without SegWit. A client will be released to the public soon. So far, this client has been tested on the Bitcoin testnet. During that period, it became evident this project can accommodate blocks of up to 16MB in size.

The bigger question is why anyone would want the BTCFork solution. More specifically, it is evident the majority of miners are keen on activating SegWit. Introducing a UAHF client to negate that support seems rather strange. Then again, it is evident some people just want bigger blocks as soon as possible. Not everyone is a fan of SegWit either. If one can be achieved without the other, there will always be some interest in such a project.

There are so many different scaling proposals out there already. Even though not everyone may agree with SegWit2x, it is a viable plan of action for the short term. This particular BTCFork proposal may not gain significant support, though. It is a user-activated hard fork proposal, which can hit the network at any given time. Even with little support, it can run alongside Bitcoin’s main blockchain for quite some time to come. This is an interesting situation to keep an eye on, to say the least.

Bitcoin users are growing concerned over all of these hard fork proposals, though. Right now, we have two different hard fork projects competing with SegWit2x and the UASF. At this rate, a chain split seems almost impossible to avoid. Whether or not that will be beneficial to Bitcoin, remains highly doubtful. These are exciting and troubling times for the popular cryptocurrency, that much is evident. Only time will tell how things play out.