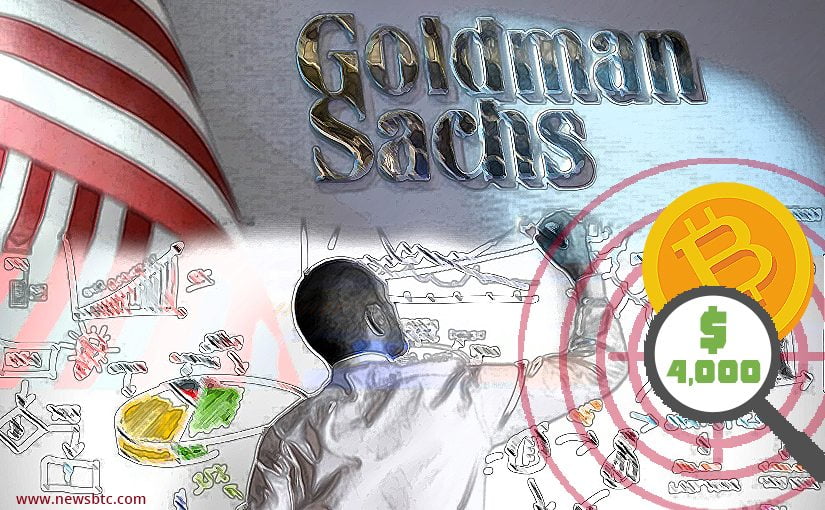 Some financial institutions are now actively rooting for Bitcoin. That is a rather strange turn of events, to say the least. Goldman Sachs never was a fan of cryptocurrency in the beginning. In 2017, they feel Bitcoin has hit a sweet spot and will surge to US$4,000 soon. What a difference a few years can make, that much is evident.

It is strange to see Goldman Sachs highlight Bitcoin in a positive manner. More specifically, analyst Sheba Jafari feels bitcoin is in a bullish mode right now. The BTC price has appreciated quite a bit all year and shows no signs of slowing down. Some minor setbacks are to be expected, but nothing that will damage Bitcoin’s value. In fact, Jafari feels there could be a sharp retrace between hitting close to US$4,000 shortly after.

The Bitcoin price has been going sideways for several days now. In most cases, this could herald a brief retrace in value. Goldman Sachs analyst Sheba Jafari feels the price may drop below US$2,000 soon. Should that happen, it will be rebound pretty quickly. A bounce to nearly US$4, 000 would not be out of the question. Investors who time their movements correctly could gain an 110% profit in a few days or weeks. An interesting proposal, even though it is only speculation at this point.

To put this into perspective, no one doubts Bitcoin can reach US$4,000 in the future. At this moment, that almost seems to be guaranteed. Putting an exact time and date on the price is rather difficult, though. A drop in value is equally possible, although going below US$2,000 may not necessarily happen. Anything is possible in the world of cryptocurrency, though. Hoping for a sharp drop seems to be wishful thinking more than anything else.

It is evident a lot of people keep an eye on bitcoin right now. Goldman Sachs is certainly in the mix, so to speak. Other financial experts still claim bitcoin is in a bubble. That is a rather interesting statement, as there are other cryptocurrencies which are most definitely in a bubble right now. Bitcoin is not among them, though, by the look of things.

Tags: Bitcoin Newsbitcoin pricebullishGoldman sachs
TweetShare
BitStarz Player Lands $2,459,124 Record Win! Could you be next big winner? Win up to $1,000,000 in One Spin at CryptoSlots