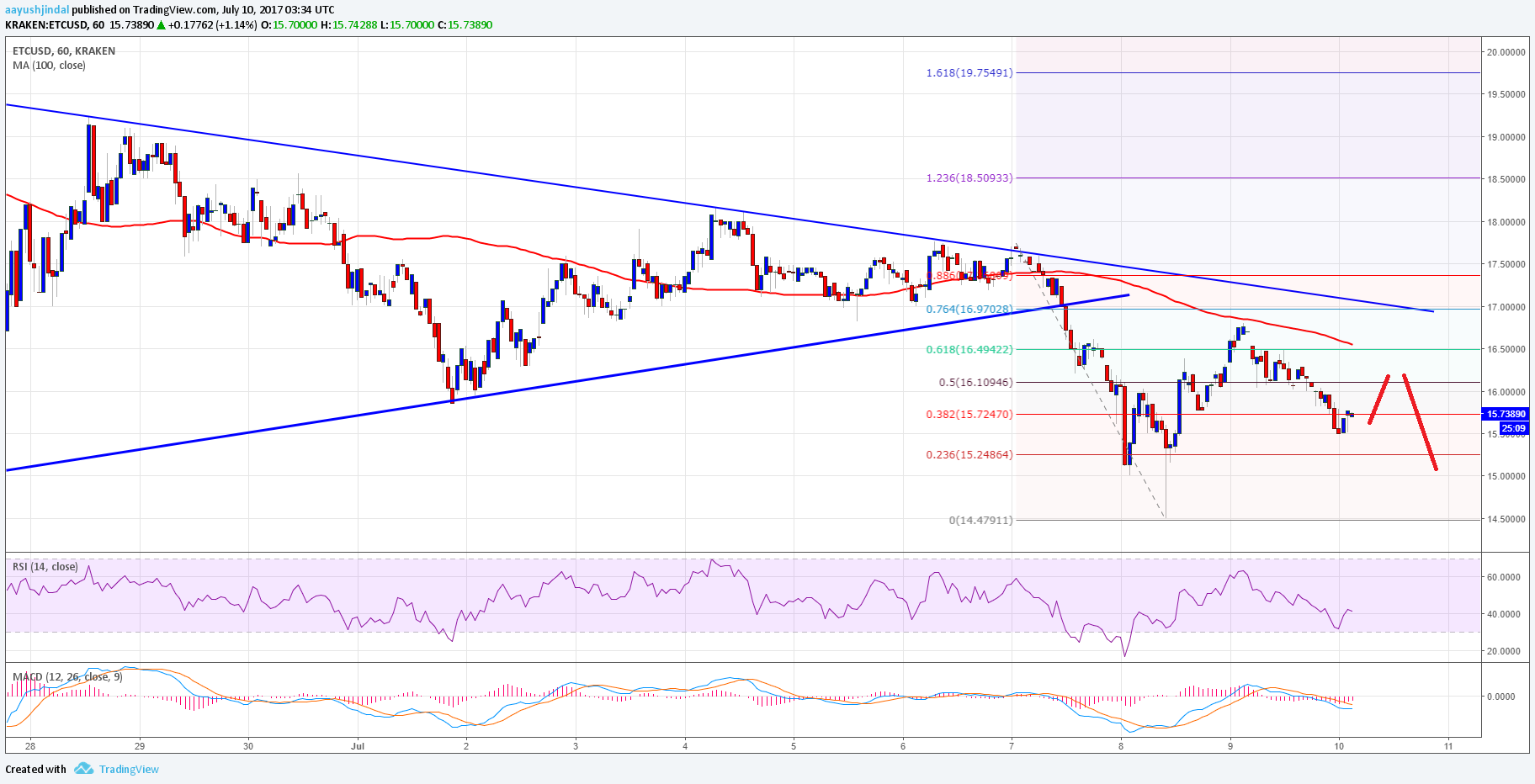 Ethereum classic price moved down in the bearish zone against the US Dollar and Bitcoin, and ETC/USD now positioning for more declines below $16.50.

This past week, we followed a major contracting triangle pattern with support at $16.90 on the hourly chart (data feed via Kraken) of ETC/USD. There were many swing moves inside the triangle, but later ETC price lost momentum and declined below $16.80. There was a break of the $16.50 and $15.20 support area. A new weekly low was formed at $14.47 from where a minor recovery was initiated. If sellers remain in control, there is a chance of ETC retesting even the last swing low at $14.47. On the upside, the $16.50 resistance and the 100 hourly simple moving average are major barrier. Only an hourly close above $17.00 might negate the current bearish bias. Selling rallies towards the 100 hourly simple moving average and $16.50 might be considered in the short term.

Hourly RSI – The RSI is recovering from the oversold levels.