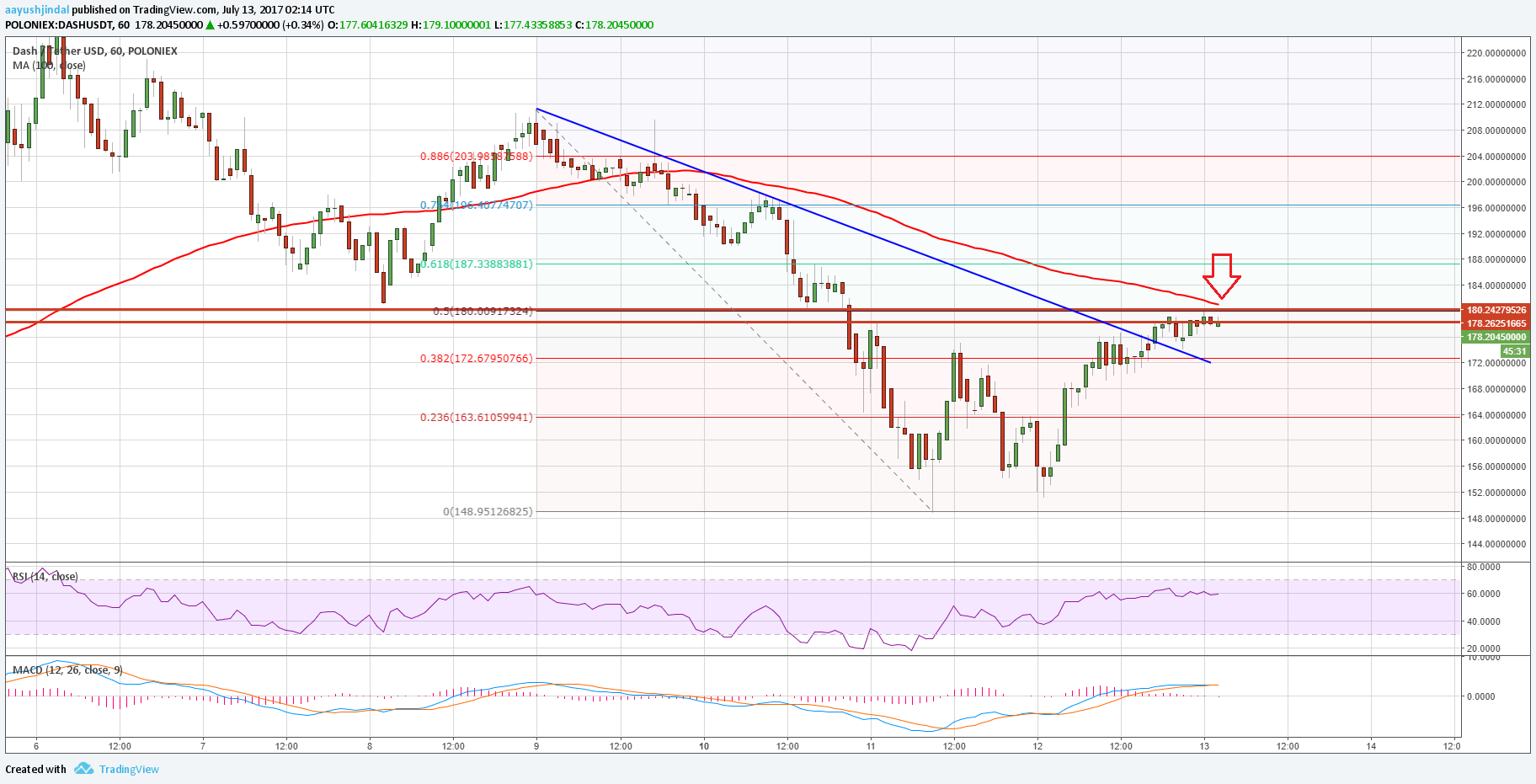 Dash price (DigitalCash) recovered well after losses against the US Dollar and Bitcoin, and now DASH/USD is testing a major resistance area at $180.

Recently, there was a solid increase in bearish pressure on Dash price and it moved below the $160 level against the US Dollar. The price traded as low as $148.95 where it found bids and started a recovery. The upside move was decent as the price was able to break the $160-165 resistance area. It also cleared the 38.2% Fib retracement level of the last decline from the $210 high to $148 low. It opened the doors for more gains and the price was able to settle above $170.

During the upside, there was a break above a major bearish trend line with resistance at $178 on the hourly chart of DASH/USD. However, the price is currently struggling to clear the $180 barrier. It also represents the 50% Fib retracement level of the last decline from the $210 high to $148 low. Furthermore, the 100 hourly simple moving average is also just above $180. Clearly, the $180 level is a major resistance, and it won’t be easy for buyers to push the price towards $200. On the other hand, the recent break was encouraging, which means the price is supported on the downside near $170. So, it might break $180 sooner or later.

Hourly MACD – The MACD for DASH/USD is currently neutral with no major signal.

Hourly RSI – The RSI for DASH/USD is heading higher above the 50 level.