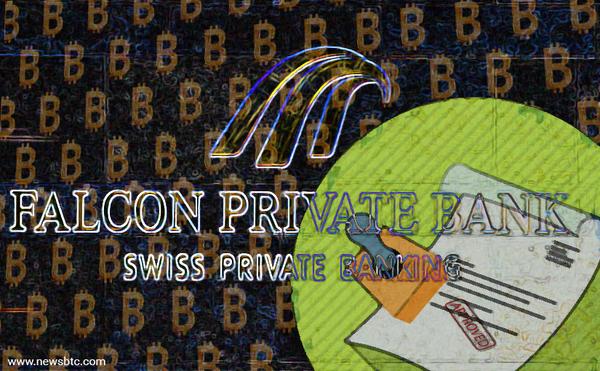 Swiss regulators are not exactly keen on Bitcoin and cryptocurrency. That does not mean they will stifle innovation, though. Instead, the regulatory body decided to approve Falcon Private Bank’s filing for Bitcoin products. It is the first time such a request is granted by the local regulator as well. The bank will provide Bitcoin asset management in the near future.It will be interesting to see how can affect the global Bitcoin price.

Entering the financial market in Switzerland is not an easy feat. This is especially true when you are trying to offer a bitcoin-related product. Falcon Private Bank is the first to claim a major victory in this department. Thanks to approval from the Swiss regulator, the institution can soon offer Bitcoin asset management services. It is expected this decision will pave the way for other banks to provide similar products in the future.

The bank has received the green light from the Swiss Financial Market Supervisory Authority. Managing assets based on blockchain technology such as the one used in Bitcoin is a major development. Even though the focus still lies on Bitcoin, Swiss banks are starting to pay attention to blockchain solutions as well. It is good to see both ecosystems thrive together. Given Bitcoin’s recent price struggles, any form of momentum can help markets recover more quickly.

What is rather remarkable is how the bank only applied for regulatory approval on June 23rd. It has taken less than three weeks for the regulator to go through the filing and cast its verdict. That is very different from the way the SEC handles things in the United States. That particular regulatory body can take months, if not years, before rendering a decision. Switzerland clearly has a leg up over other countries in this regard. Moreover, the local regulator set a very interesting precedent for the rest of the world.

It is believed Falcon Private Bank will access Bitcoin via local broker Bitcoin Suisse. Additionally, sources claim the local regulator isn’t overly concerned about Bitcoin’s role in illegal activities. They want to focus on consumer protection first and foremost. Once again, a  very different mindset from the US, to say the least. Falcon Private Bank is paving the way for a whole new future for cryptocurrencies. Switzerland is a global leader in banking practices and their decisions will create a global butterfly effect.

Tags: bankingbitcoinBitcoin NewsFalcon Private Bankregulationswitzerland
TweetShare
BitStarz Player Lands $2,459,124 Record Win! Could you be next big winner? Win up to $1,000,000 in One Spin at CryptoSlots