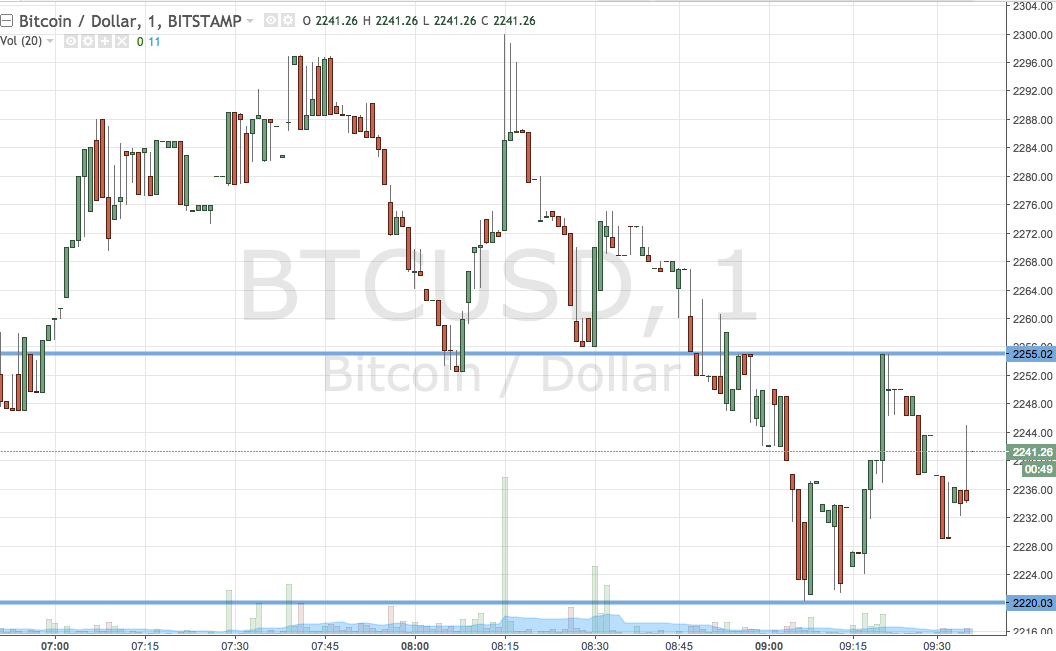 Having lucked out throughout the majority of the session yesterday and failing to really make any successful moves in the market throughout the European session, we noted that –heading into the US afternoon – we would like to see some degree of reversal hit the Bitcoin price markets. Specifically, action throughout the early session put us in a bit of a bind and we wanted to see price recover and shake off some of the negative sentiment that had been following it around since Friday last.

As it turns out, we got what we were looking for. Well, sort of. Things moved pretty fast overnight and we were able to jump in and out of the markets on a few occasions as and when things moved. We got a couple of nice entry signals throughout the early evening session and successfully saw a few of these through to completion. We were stopped out once, but that’s no big deal.

Looking forward, we are hoping for much of the same. The very early morning session out of Europe has brought with it a bit of weakness but – with any luck – the weakness won’t last long and we can get on the coat tails of some bullish entries near term.

And if things continue to fall, it’s not too big a deal either. We’ll just have to ensure we’re in with the direction of the markets.

So, with this noted, let’s get some levels outlined with which we can push into the session today. As ever, take a quick look at the chart below before we get started so as to get an idea of what’s on and where things stand right now. It’s a one-minute candlestick chart and it’s got our key range overlaid in blue. As the chart shows, the range we are focusing on for the session this evening is defined by support to the downside at 2220 and resistance to the upside at 2255. A close above resistance will have us in long towards an upside target of 2290. Conversely, a close below support will get us in short towards 2200 flat.