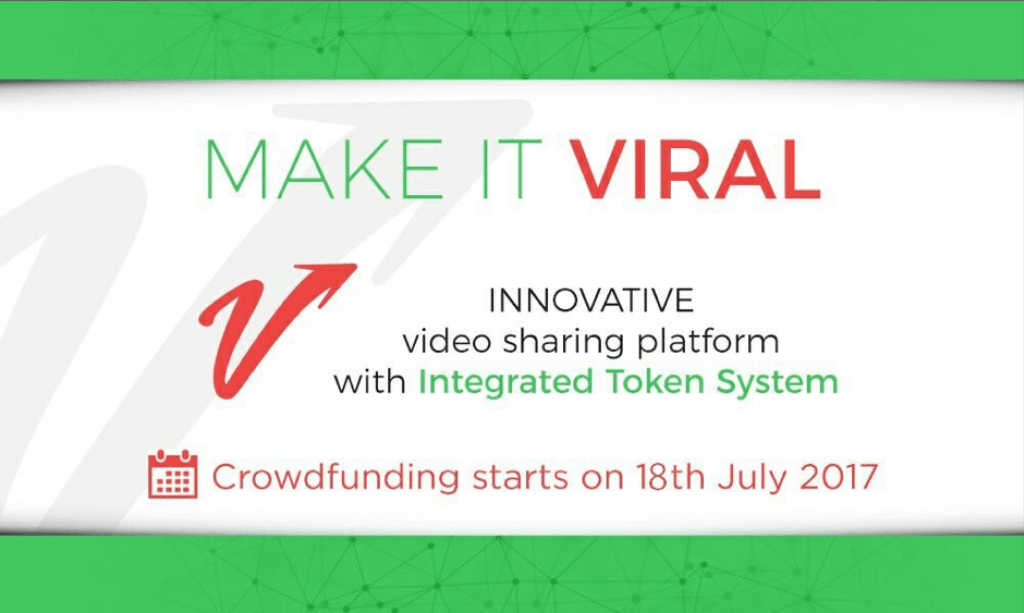 Why Is the Need for Make It Viral?

Make It Viral is focused on leveraging upon the platform’s ability to provide unique advantages to uploaders and users on the platform while eliminating troublesome and least popular elements present in popular mainstream video sharing platforms of today like Twitch and Youtube. The company has been working on offering an exclusive blockchain based video sharing platform experience.

Whom Does the MIV Platform Target?

The MIV video sharing platform revolves around the idea of capturing a wider user base, rather than focusing those related to cryptocurrency only. The least percentage of advertising content is one of the differentiating features of MIV, from other mainstream platforms. Through the platform, micro-donations or MIV can be sent to the viral video makers.

Video uploaders shouldn’t be afraid on MIV platform as they are fully safe from missing payments from ads affiliations and chargebacks from the payments processors. The platform lets uploaders incur lesser fees than other traditional platforms while letting them accepting micro-donations. Exploiting these features, uploaders can gain massive fan base over the platform, along with accessing new users through integrated Ranking system. The automatic exchangers will also be installed in MIV to enable MIV conversion into fiat. Being user-friendly, the full app support for both Android and IOS is available.

MIV is the digital native token of the MIV video sharing platform. It will be used by platform users to vote for their most favorite content and help it get maximum visibility. MIV is a means of exchange of value between the uploaders and users of the platform. Users will keep receiving free MIV on a daily basis to run the ecosystem. MIV will be open to trade on multiple exchanges soon and the company aims to integrate the exchange directly with the platform in near future.

The crowdfunding campaign, starting today and ending on October 31, 2017, will be offering total 50 Billion MIV tokens as per following distribution criteria:

As per company’s announcement, at least 60 BTC is to be collected during the course of this crowd sale. The funds will be used towards platform’s software development, app development, sponsorship, integrated platform wallets, host conventions, marketing, bounties and public relations.

To know more about the crowdsale, please visit https://www.miv.life/