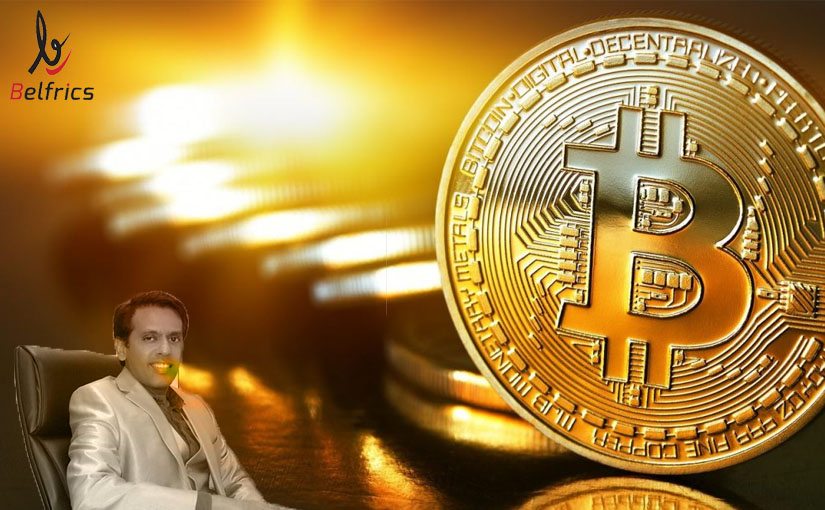 Next Article: ICO Investment – Taking investment decisions for you

As India’s finance watchdogs attempt to create a concrete regulatory framework for the decentralized virtual currencies, the netizens have already embraced Bitcoin and other digital currency assets for trading and remittance purposes. The Bitcoin transaction volume from the Asia’s second largest economy is on its way up, and it is opening up opportunities for many new players.

Belfrics Global, a Malaysia-based startup, appears to be prepared for an all-around Bitcoin demand. It is a conglomerate in itself, offering everything from wallet to trading to a payment gateway. The services are eye-catching, to say the least. But can Belfrics deliver? We tried to find out by inviting Praveenkumar Vijayakumar, the Chairman & CEO of Belfrics Global, for a quick Skype conversation.

Excerpts from our conversation:

YG: What prompted the launch of Belfrics Global? PV: For over a decade, I have served the OTC FX and commodity market and have provided solutions to multiple exchanges in Asia and Asia Pacific. I was always in the pursuit of providing a more sustainable trading product. When I stumbled on Bitcoin and blockchain technology, it was a natural choice for me to embrace the platform. There is a huge scope for the technology to contribute effectively into the financial systems. The current financial system, with all the regulatory guidelines in place, still lacks the transparency, efficiency, and scalability. I was convinced that this is the technology that will script the future of money. Belfrics was conceptualized to play a major role in the crypto revolution.

What new things does Belfrics bring to the Indian Bitcoin sector?

Belfrics is growing at a considerable pace not only in India but also in Africa and other parts of Asia. We have a series of product to be launched in the next two to three-quarters. We will be launching our completely new trading platform with enhanced features which will give a seamless UI experience to the investors and the entire community. We are currently integrating our platforms with an FX grade interface, specifically targeting equity, FX, and commodity market traders.

There is always a fear of security loopholes in Bitcoin businesses? How do you plan to mitigate such risks?

Belfrics is committed towards the security of the investors and has been spending most of our development efforts on enhancing the security features of the platform. Pretty soon, we will be moving from a centralized exchange to a ‘Hybrid’ Exchange model wherein clients will have a better control of their holdings. We believe in absolute transparency and that is exactly what the investors will experience.

How do legal authorities look at Bitcoin exchanges in India?

It is a mixed bag of responses. The Bitcoin volume traded in India is not a considerable value to make an impact on the Indian economy or the financial system. Hence the approach of the entire community, especially for the Indian market, has been to wait and watch. Having said that, ever since demonetization, there has been a huge jump in cryptocurrency based transactions. The considerable increase in the number and the value of transactions and the associated scams has forced the Indian authorities to revisit the crypto regulation, earlier than expected.

What are your expectations from the regulators regarding the upcoming Bitcoin law?

As compared to western regulators, Asian regulators have to deal with both money laundering and capital control issues. The bigger challenge for the Indian regulator would be to address the capital control issue. We are already addressing these issues through a self-regulated FX policy in our exchanges and with the advent of blockchain technology, we are sure that an effective solution and framework will be available to address these issues. It is imperative that a fair degree of regulation should come into action so that we can operate as per the guidelines and can continue experimenting with the technology to provide the much-needed change over to both the regulatory regime and to the financial systems.

And Bitcoin price? Where do you see it in the next five years?

Volatility in Bitcoin price will continue for quite some time. The recent price hike was not a healthy one. Since a majority of the bitcoins are concentrated with few, both upward and downward movements can be quite sharp. If Bitcoin blockchain struggles with its scalability issues, we could see other altcoins, take over a large market share of Bitcoin in the years to come. If the scalability and AML trouble does not hamper much to the bitcoin blockchain, Bitcoin could easily trade well above $10,000 in 5 years’ time.

What are Belfrics’ plans for the future?

Belfrics has already setup a subsidiary in Japan to conduct regulated digital currency operations. We expect to be regulated in the next 2 quarters.

Belfrics would like to position itself as a regional liquidity provider for all major coins.