Art about and for the new money 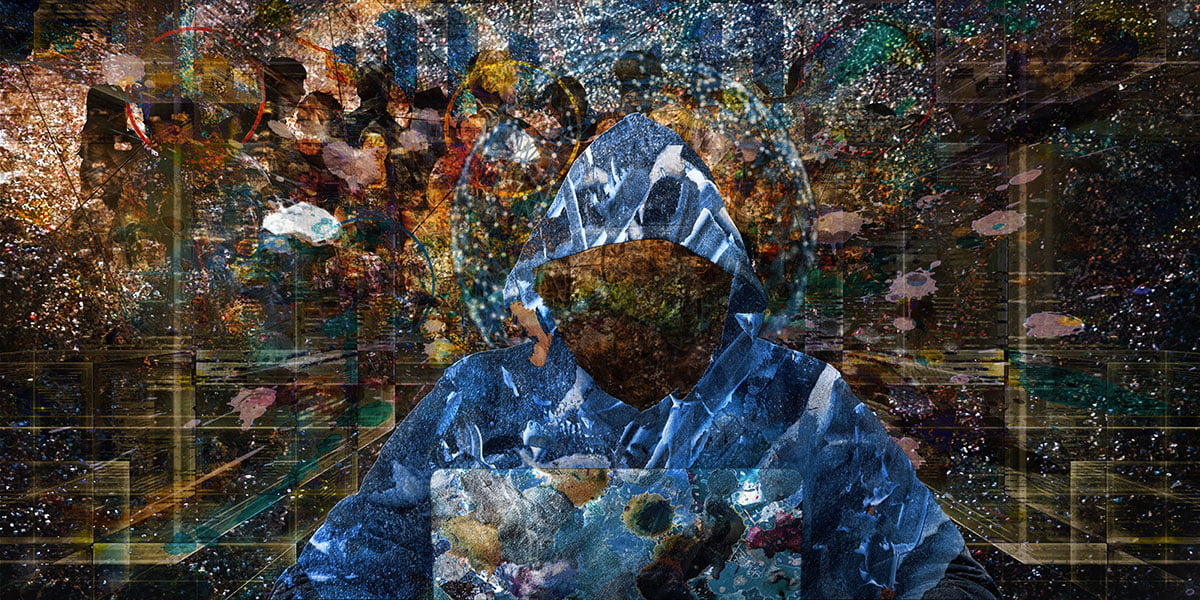 ”Pushback” has a recent Bitcoin curve as the backdrop for the fight between the bull and the bear. Besides Andy Warhol, there have not been many professional artists who have made art about the financial world or money in general. We dare to say this takes it to another level.

He says: ”These works are certainly not for everybody but for those who get it, there really isn’t anything else like it out there and it’s available to buy via coins. There is a boom of blockchain start ups & new wave entrepreneurs with lots of wall space and resources but no relevant art to identify with. It’s my aspiration to be their visual voice of more than a thousand words for this world.”

The work takes on serious topics, like the 39% of the world’s population, who remain without a bank account to insider jokes to VC’s in ’Farting Unicorn’.

The ”Fork and Flip” explores the potential flippening of Bitcoin to another top currency and the coming August soft fork so it is highly relevant for those involved. The artist encourages people to use the images as illustrations to related news, blogs, and others for credit.

Trace Mayer from the Bitcoin Knowledge Podcast was the first industry leader to give it a shout out on Twitter. The provocatively titled ‘I Am Satoshi Nakamoto’ piece is explained on the website: “He is the Banksy of the Blockchain world so, in a sense, all of us using this technology are Satoshi now. Vesa would like to make it clear he is not Satoshi in any other sense other than being inspired what he has created.” Vesa is otherwise best known for his body painting collaboration with the Bollywood actress Veena Malik, with whom they reached around 300 million people through the BBC World, The Independent, Times of India, among others, in 2013. He is currently also in the process of making his other 200 Artevo pieces available via coins on www.artevo.org

The work has many industry subtleties beautifully crafted into a holistic presentation unlike we’ve seen before elsewhere. Like art in general, we don’t claim to understand it all but we like it and wanted to support it with this feature.