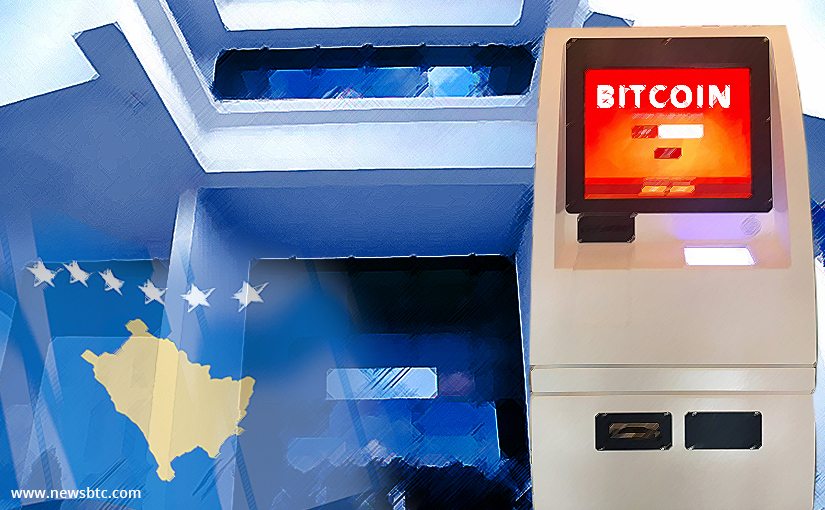 Kosovo Gets its First Bitcoin ATM

Next Article: Bitcoin Price Watch; Looking Strong Into The Week

Cryptocurrency ATMs are always quite appealing to the masses. Being able to buy Bitcoin with cash is a lot more convenient compared to using exchanges. The central bank of Kosovo is not too keen on Bitcoin and cryptocurrencies. In fact, they recently issued a warning regarding the dangers of such currencies. Despite the opposition, the country now has its very first Bitcoin ATM.

Kosovo is not a region most people would associate with Bitcoin these days. In fact, the country has been rather quiet when it comes to cryptocurrencies altogether. Surprisingly enough, the region made some media headlines regarding Bitcoin this week. Various newspapers reported how the central bank issued a warning against cryptocurrencies. That is not uncommon, as we have seen dozens of such warnings over the past few years. Then again, such statements often fall on deaf ears, for obvious reasons.

Bitcoin Adoption is Booming in Kosovo

What is rather remarkable is how Kosovo is now the 57th country in the world with a Bitcoin ATM. It appears Bitcoin adoption in the country is on the rise, which is a positive trend. The ATM in question is operated by Albvision Group and is located in the capital city of Pristina. For now, it only supports Bitcoin, but altcoin support will be enabled in the future. Among the other coins to be supported are Ether, Dash, Litecoin, and Dogecoin. It is evident demand for alternative cryptocurrencies is on the rise on a global scale.

It is also important to note this is a two-way Bitcoin ATM. Customers can buy Bitcoin with cash or convert BTC back to fiat currency. The device itself is produced by General Bytes, which is one of the world’s leading Bitcoin ATM manufacturers to date. It will be quite interesting to see if this venture can be successful in Kosovo. Considering very little is known about the country, it will be an exciting “social experiment” related to cryptocurrency.

Local sources tell NewsBTC Bitcoin interest in Kosovo is booming right now. Citizens are looking for alternative investment opportunities. Moreover, Bitcoin and cryptocurrency mining has exploded in the region as well throughout 2017. Mainly graphics cards are in high demand right now, which is not entirely surprising. Even though the country has no Bitcoin regulation just yet, things are looking quite good for Kosovo.

Kosovo Gets its First Bitcoin ATM was last modified: April 2nd, 2018 by newsbtc