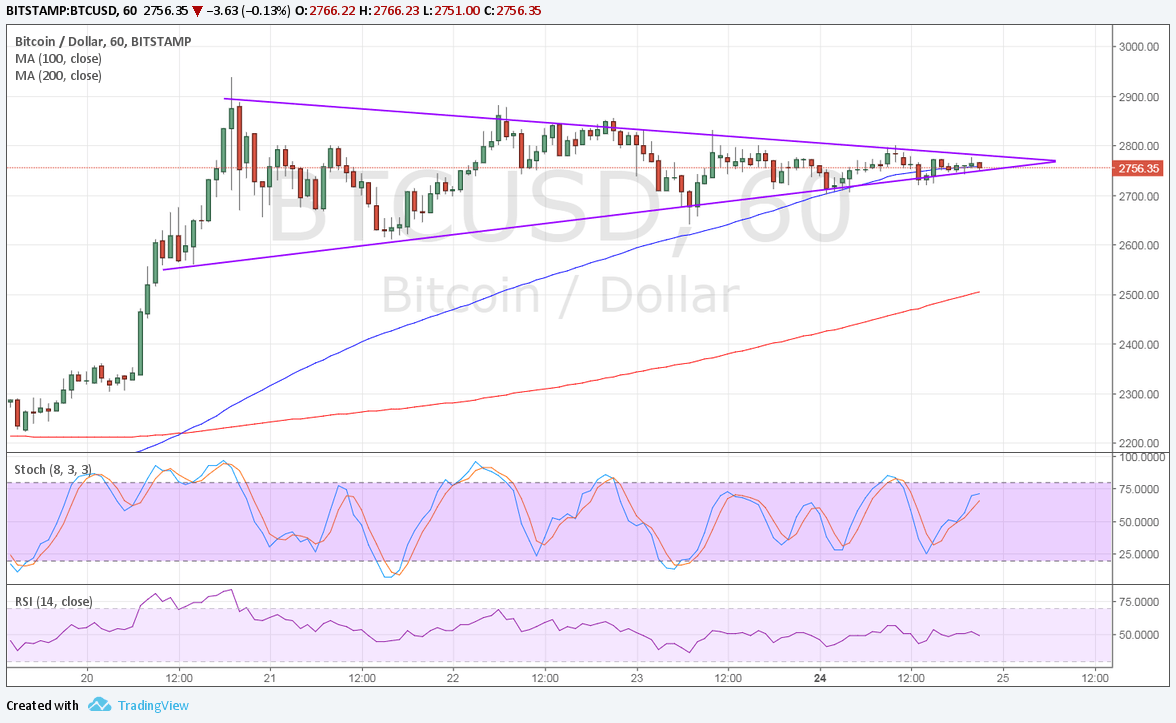 Bitcoin price could be due for an upside break from this short-term consolidation pattern, which looks like a bullish flag on long-term time frames.

The 100 SMA is above the longer-term 200 SMA to signal that the path of least resistance is to the upside. Also, the gap between the moving averages is getting wider to indicate that bullish momentum is getting stronger. The 100 SMA is holding as dynamic support at the bottom of the triangle as well.

Stochastic is moving up so bitcoin price might follow suit, but RSI is treading sideways to signal that further consolidation is possible. However, if stochastic reaches overbought conditions and turns lower, sellers could return. Bitcoin price was lifted back up to its record highs when BIP 91 was locked in last week since this represents a step towards the upgrade to SegWit2x. This eased concerns about hard fork issues, reviving demand for the cryptocurrency.

However, BTCUSD is also being pulled by dollar demand as the FOMC statement is coming up. Weak CPI and retail sales might be enough for the Fed to backpedal on its hawkish stance but there’s also a good chance that policymakers would brush these off as temporary factors.

In that case, the US dollar could rally against bitcoin price if the US central bank reiterates its plans to unwind the balance sheet and also hike interest rates one more before the end of the year.